Jesse Marsch leads the EPL ‘sack race’ — can he save his job against Liverpool? 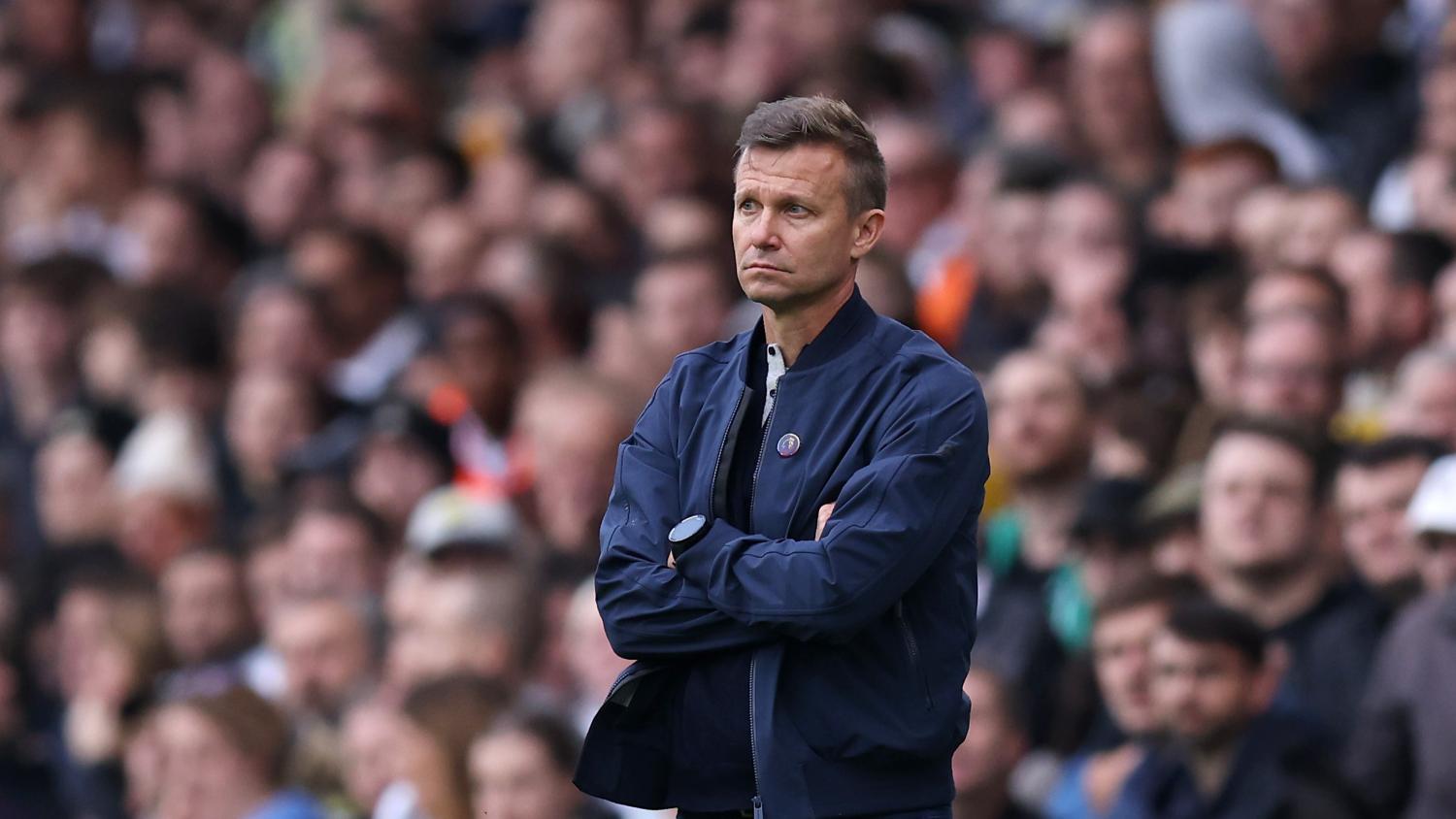 After a bright start, Major Leeds Soccer is now challenging for the Wooden Spoon.
Getty Images

When the final whistle sounds Saturday evening at Anfield following Leeds United's trip to Liverpool, there's a very real chance that Jesse Marsch could be out of a job if the Whites lose. Defeat would confirm a place in the relegation zone with over 30 percent of the Premier League season finished, and bottom three managers are typically dismissed around this period if they don't have the history of leading their club up from the Championship.

Marsch won the support of fans by keeping Leeds up on the final day last year, but that acclaim has largely faded along with the patience surrounding a team that hasn't won in the league since beating Chelsea 3-0 on Aug. 21.

A stretch of four straight defeats and just two points from a possible 24 has Marsch understandably leading the "next manager to leave" betting odds, but Leeds CEO Angus Kinnear fully backed the American after a 3-2 home defeat to Fulham on Sunday.

Advanced statistics back Kinnear's faith. In terms of expected goals and expected goals against, Leeds sits 11th in the table. They've underperformed their xG by 2.63 and conceded 1.77 more than their xGA. The biggest culprit has been striker Patrick Bamford, who hasn't scored a goal in nine appearances despite having the highest xG (3.6) on the team. But defensively, the team looks pretty similar to the last days of Bielsa — their high-intensity press leaves them exposed at the business end of matches.

It's also a worrying situation for the two former Red Bull boys that followed Marsch to Leeds. Tyler Adams went the full 90 in 10 straight starts before missing the Fulham game with an injury, but he experienced a similar start to life at Leipzig under Marsch during the 2021-22 Bundesliga season before Domenico Tedesco arrived and cut back his minutes.

Brenden Aaronson also desperately needs more goal involvements with just one goal and one assist (zero in his last six games) despite playing primarily as an attacking midfielder. Adams, 23, and Aaronson, 22, are both big talents, but now they have to deal with the added pressure of playing for the job of the man who brought them to the Premier League, and unfortunately for Marsch, he's not getting much support elsewhere.

According to a recent LeedsLive poll with 1,500 responses, only 27% of supporters think Marsch deserves more time. Clearly West Yorkshire has started to get annoyed with his washed skinny jeans and instructions to players to play like a combination of Gandhi, Ali, JFK and Mother Teresa.

"What dictates the situation, not just at Leeds but anywhere, the board can come out and say they're right behind the manager, but they have to say that at that given time," Graeme Souness recently said about Marsch. "What dictates the outcome is the crowd's attitude to it. If they're continuously singing 'you're getting sacked in the morning,' booing, signs up in the crowd, Bielsa chants, it just adds to the pressure. Sometimes the managers need saving from themselves. Marsch sounds like a good guy, he's frosty, aggressive and you need a bit of that to survive professional sport but I'm not sure that's enough for him."

You'd have to wonder when, if Marsch was fired Saturday, another American manager would get a shot in the EPL. Bob Bradley infamously only lasted 11 matches at Swansea in 2016 with a record of two wins, nine defeats and two draws, and Marsch is veering dangerously close to that record this season.

"We worked hard together to put together a good transfer window and in a lot of ways we did great on it," Marsch said. "I'm not going to start playing hindsight and I'm certainly not going to throw anyone under the bus. I'm looking directly at myself. I'm trying to do my job in this club the best that I can and that's to coach this team and make them better."

After Liverpool, Leeds has a home match against relegation rivals Bournemouth on Nov. 5.