5 Wayne Rooney Moments That Made You Cry “God For Harry, England, And Saint George!” 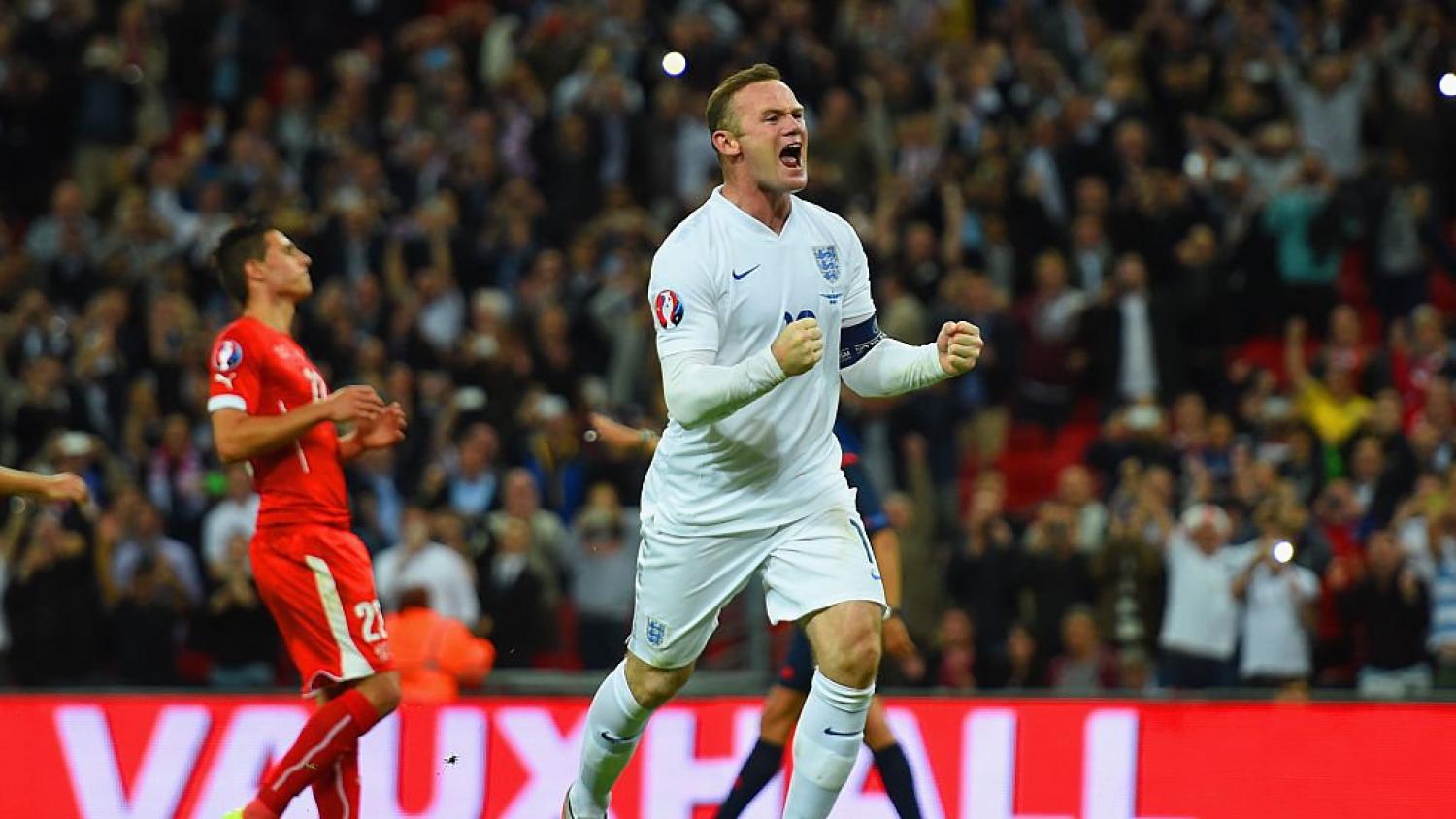 Wayne Rooney’s international retirement finds us reminiscing over the few highs and many lows of his England career.
@SquawkaNews | Twitter

Wayne Rooney announced his retirement from international football on Wednesday, bringing a close to a tumultuous 14-year England career. While Rooney goes down in the record books as England’s all time leading goalscorer and most capped outfield player, his legacy is still a polarizing one given the profligacy of the Three Lions during that period.

England made a habit of qualifying for major international tournaments with ease (apart from Euro 2008) with Rooney leading the line, but their performances at said tournaments were typically dire apart from the accompanying world-class drama.

Here are five moments you can’t help but recall when anyone cries “ROOOOOOOONEY!” 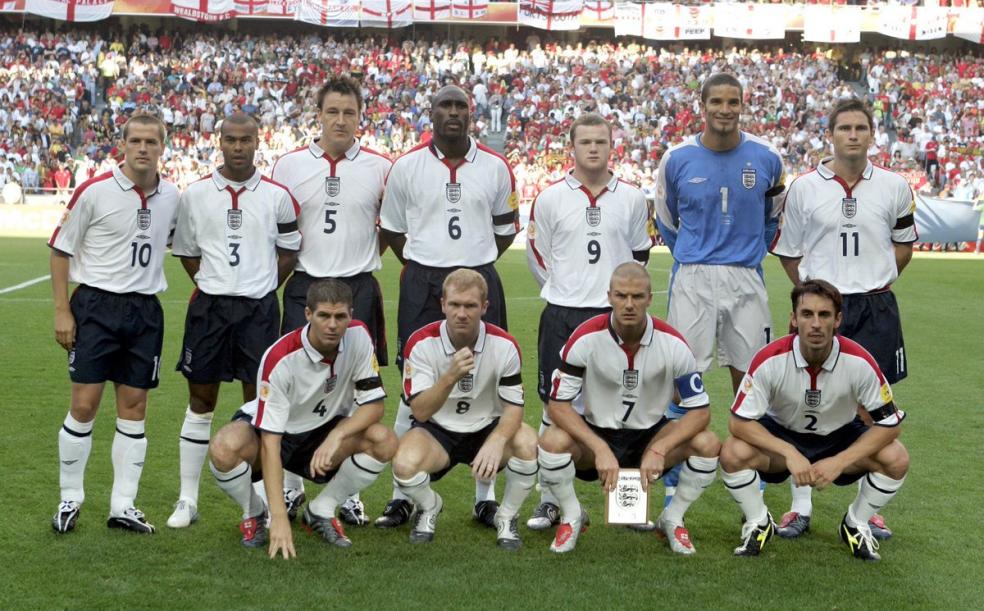 These guys really managed to fuck it up, didn't they?

This was the tournament that propelled an 18-year-old Wayne Rooney to international superstardom. Rooney entered the finals as a hugely promising talent on the books at Everton, but his performances for England in Portugal would earn him a $32.75 million transfer to Manchester United in August.

Rooney scored a brace against Switzerland in England’s second group stage match to get the hype train rolling and then followed up that performance with another spectacular brace against Croatia.

This England team seemed destined for glory with Rooney play like a goddamn Tasmanian devil, but the Boy Wonder limped off in the 27th minute of their quarterfinal defeat to Portugal with a broken bone in his foot.

With England leading 1-0 at the time, it’s one of the more tantalizing what-ifs in Three Lions history. 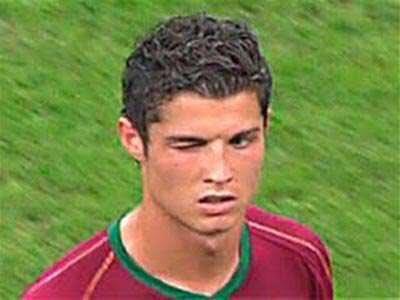 Cristiano Ronaldo winks at the Portuguese bench after Rooney is sent off.

Rooney’s performances for England at Euro 2004 and a club season that saw him score a personal best 16 Premier League goals made it abundantly clear that England’s 2006 World Cup hopes lay squarely on the 20-year-old’s broad shoulders.

The only issue was that Rooney broke his metatarsal in a match against Chelsea in late April, requiring a recovery period of six weeks.

Rooney’s participation at the tournament was never in question (“If you have a center half who might not be ready you can take another one, but can you find another Rooney?” asked manager Sven-Goran Eriksson), but for a player whose body type necessitated consistent action at the risk of turning into a potato, Rooney’s five-week spell in an oxygen tent healed his foot but turned his first touch into mush.

Rooney looked remarkably off the pace in Germany, and his tournament came to an ignoble end after he stomped on Portugal’s Ricardo Carvalho in the quarterfinals. Rooney was red-carded, Cristiano Ronaldo gave an infamous little wink to his teammates and England were defeated on penalties.

Nike accurately predicts that Rooney will have a terrible World Cup.

England’s 2010 World Cup was abysmal. The highlight of the tournament for England was a brilliant anagram after the group stage draw: EASY (England, Algeria, Slovenia, Yanks).

But England calamitously dropped points against the United States in their opener, and then played to an unwatchable 0-0 draw against Algeria in their second match in Cape Town. 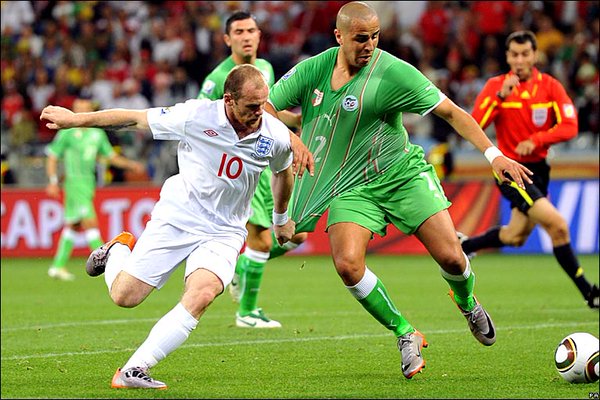 It's hard to describe how bad England were in South Africa. Photo: @mezahimaher | Twitter

After scoring 26 goals in 32 EPL matches for Manchester United in the lead up to South Africa to go along with nine qualifying goals for England, this looked destined to be Rooney’s defining international tournament.

But the 24-year-old went scoreless in four matches, and his most memorable contribution was this little tirade.

Everything Is Going According To Plan…F**k! (Euro 2012 Qualifying) 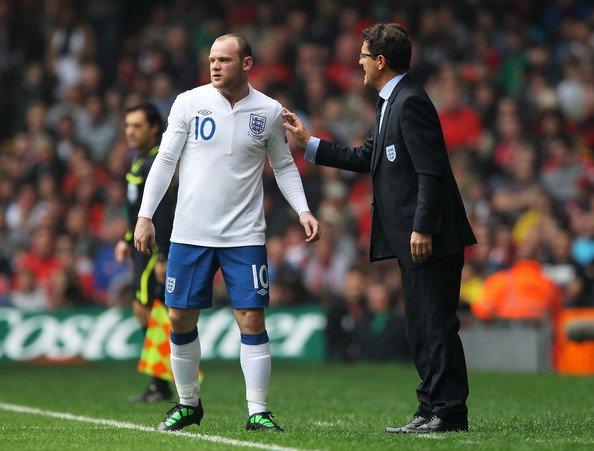 "Wayne, right before the finals, I'm going to quit."

England’s navigation of a tricky qualifying group for Euro 2012 was confirmed without the blemish of defeat, but Rooney’s thoughtless red card against Montenegro on the final matchday threw a wrench into the nation’s plans.

Rooney’s suspension was reduced from three games to two, meaning he’d be available for England’s final group stage match in Ukraine, but like at the 2006 World Cup, the layoff appeared to ruin him.

Rooney scored against the hosts to confirm England’s place in the quarterfinals, but defeat to Italy and another poor international tournament only added fuel to the “Rooney only plays well in Manchester” flame. 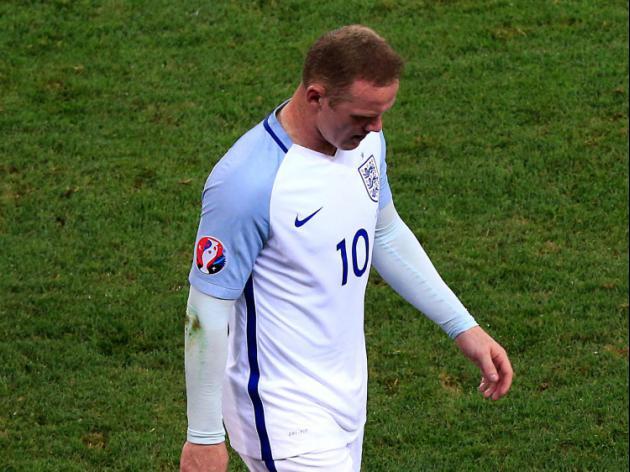 After Rooney struck England’s opening goal against Iceland from the spot in the 4th minute, many eagerly anticipated a rout of rarely-seen proportions at a major finals. But only two minutes later, there was Ragnar Sigurdsson equalizing for Our Boys after Rooney was emphatically beaten by his marker on a long throw that everyone saw coming.

Over the next 81 minutes (before being substituted for Marcus Rashford), Rooney would work to effectively end his own international career and any notion of his future being in the midfield.

Rooney would later go on to earn his record-setting 116th cap for England (the most for an outfield player) and take his tally as far as 119, but it’d become apparent that Rooney’s role would now be that of a squad player/senior advisor after the Iceland debacle.