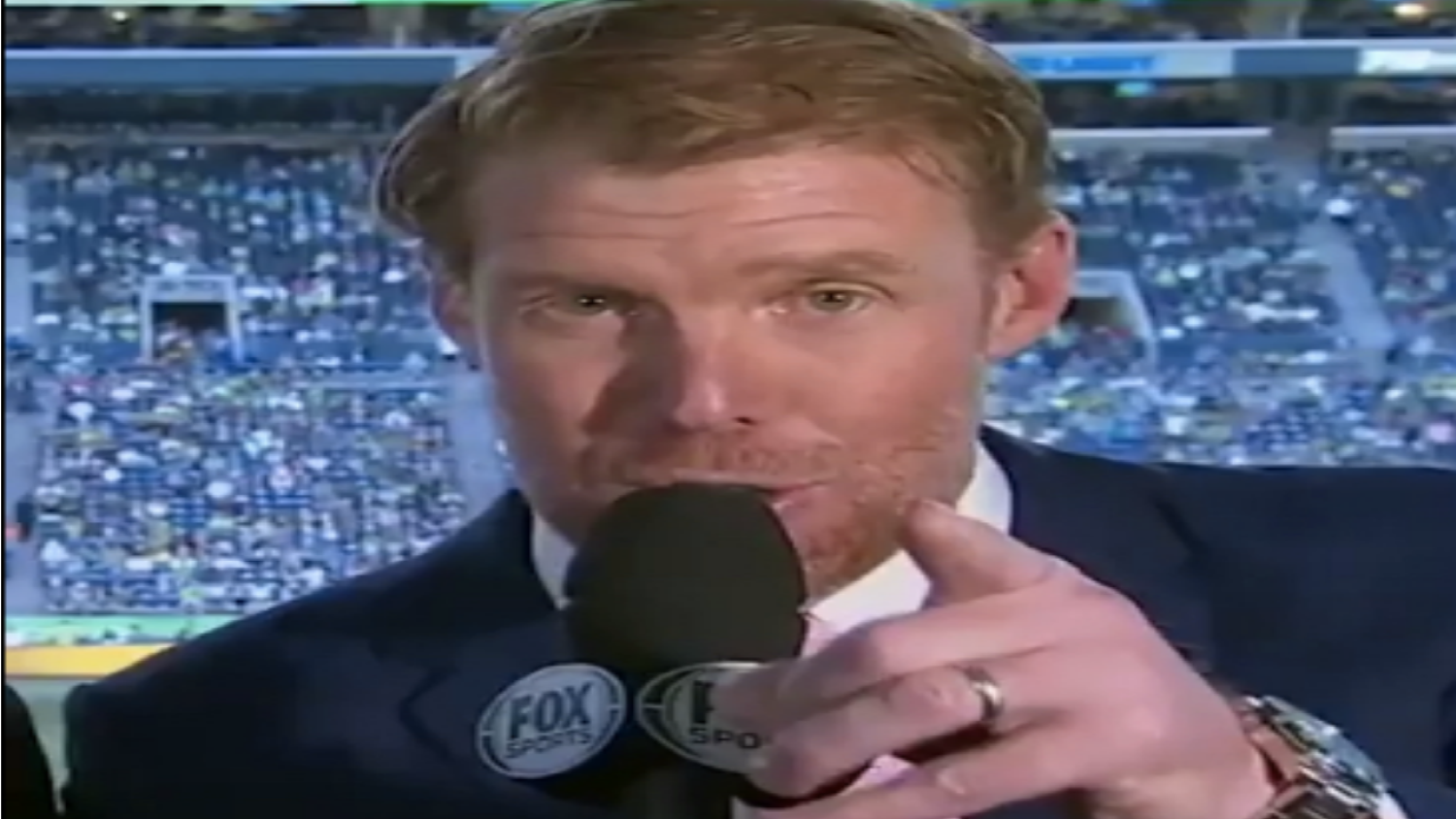 Alexi Lalas threw every member of the USMNT under the bus on Sunday.
@FOXSoccer | Twitter

The story of Sunday night’s 1-1 draw between Seattle and Los Angeles wasn’t Lamar Neagle’s 85th minute equalizer for the Sounders, nor was it Gyasi Zardes actually doing a goal for the Galaxy. It was provided by FS1 broadcaster Alexi Lalas after the match had concluded. Lalas has some opinions on the USMNT, and he brought them. He brought them hard.

The former USMNT defender sent a scathing message “to the supposed leaders” of the nation’s current squad, condemning them for leaning on past accomplishments, having tattoos and being Jozy Altidore, among other things.

Lalas unleashed eight zingers on an unsuspecting audience last night, so let’s rank them from worst to best.

8
“To all the guys that I didn’t mention, it’s because you don’t even warrant a mention and that includes you too wonder boy.” 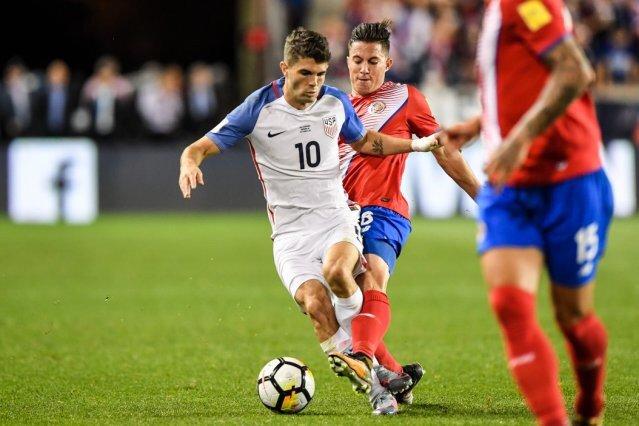 The criticism here seems best applied to the likes of Darlington Nagbe, Fabian Johnson and Graham Zusi, experienced squad members that haven't done enough of late, but Lalas really brings the hot take with reference to the boy of the hour, Christian Pulisic.

For a player in his teens diligently working on his craft, this is just absurd. The national zeitgeist is so strong around Pulisic that he gets mentioned even when he doesn’t “warrant a mention.”

7
“Geoff Cameron. Clean it up or let’s get someone who will.”

Geoff Cameron had an awful match against Costa Rica. He was sloppy with his distribution and rightly benched for the game against Honduras. But there’s no replacement for him.

With John Brooks out for three months because of a thigh injury, the U.S. will approach their final two qualifiers knowing that it’s between Cameron, Tim Ream, Omar Gonzalez and Matt Besler in the heart of defense. We don’t have an unearthed version of Gerard Pique waiting around for a call-up. There's no cure for the long ball. 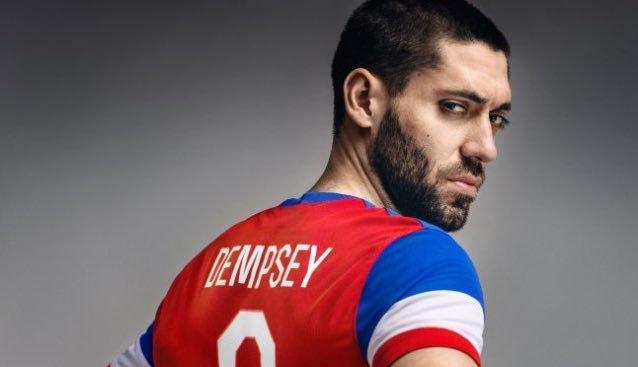 Clint Dempsey is an American legend — he goes alone.

Clint Dempsey is tenacious, hotheaded and clutch — qualities the rest of the U.S. squad is desperately short on. However, he’s forged his brilliant career with a massive individual chip on his shoulder.

His single-minded approach is what makes him great, but it doesn’t necessarily translate into being a rah-rah-rah leader. At 34, we can safely say that Dempsey’s leadership style is in his approach and work ethic. There’s no point in asking him to become something he isn’t at this stage. Like any great American hero, Dempsey goes alone.

If away goals count for twice as much, Arena’s 2-0 loss to Costa Rica is equal to the humiliating 4-0 defeat that ultimately cost Jurgen Klinsmann his job. U.S. Soccer acted quickly in firing Klinsmann, giving his successor eight matches in the hugely forgiving CONCACAF Hex to right the ship.

Nobody would argue against this point. It's all on Arena now. 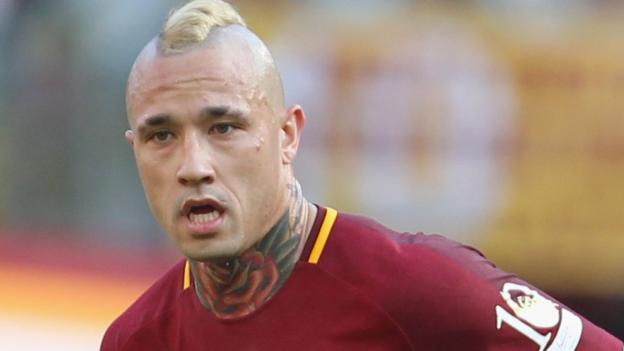 Radja Nainggolan is the only player that is allowed to have tattoos.

This particular barb upset a lot of people because a lot of people now have tattoos, and that’s the point Lalas is making here. This team is full of pretenders — each individual acts as though they’re a unique talent with extremely special characteristics (like a tattoo), but they’re actually just yawn-inducing and commonplace (like a tattoo).

Let's face it, while tattoos still might help you gain an undeserved reputation as a tough, hard-nosed player even though you constantly shirk your defensive responsibilities (see: Jermaine Jones), they don't automatically turn you into Radja Nainggolan.

Ouch. This one is quite personal. Bradley, like his father, appears to be a practicing stoic. His responses to questions are extremely measured, and you can tell it’s something he prides himself on. Never too low, never too high, Michael Bradley acts like he thinks a cerebral midfielder should constantly act.

But here comes Alexi Lalas telling him to cut the zen bullshit and get stuck in. This is a brilliant piece of observational humor from Lalas that gets under the skin.

2
“Jozy Altidore. Is this really as good as it gets? Because it’s still not good enough.” 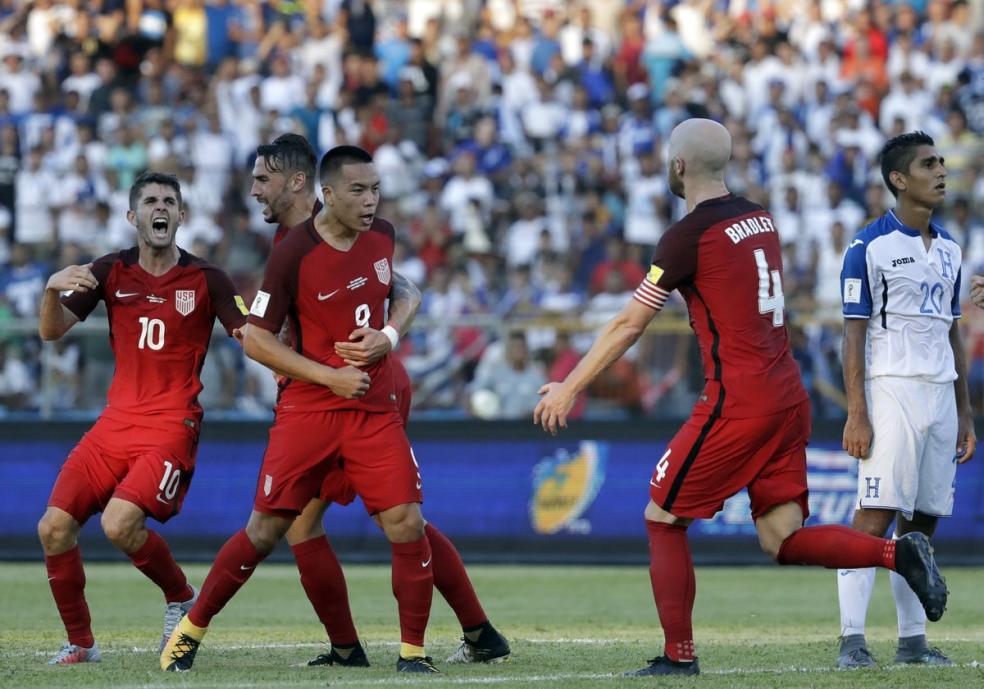 It's time for Wood.

Jozy Altidore, at the club level, is on top of the world right now. Toronto is going to win the Supporters’ Shield, and Jozy has scored 13 goals and registered five assists in 24 matches. The 27-year-old is enjoying his finest season yet, and his international record of 108 appearances and 39 goals would lead you to believe he’s on the same level as Lionel Messi.

But he’s obviously not, and that’s what Alexi Lalas is saying here. No matter what he does, Jozy Altidore is a failure in the eyes of Lalas, which is really mean and hurtful but pretty funny.

1
“Tim Howard. Tim, the Belgium game ended three years ago, we need you to save the ball now.” 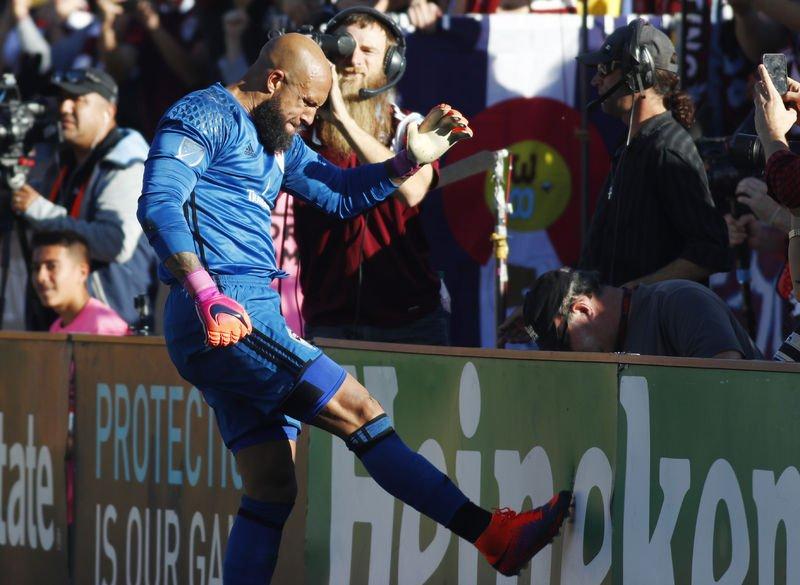 I don't know if Alexi Lalas and Tim Howard were friends before this, but they're not any more. Throwing shade on three years of someone's life is kind of a big deal. You could get your ass kicked for a lot less than that.