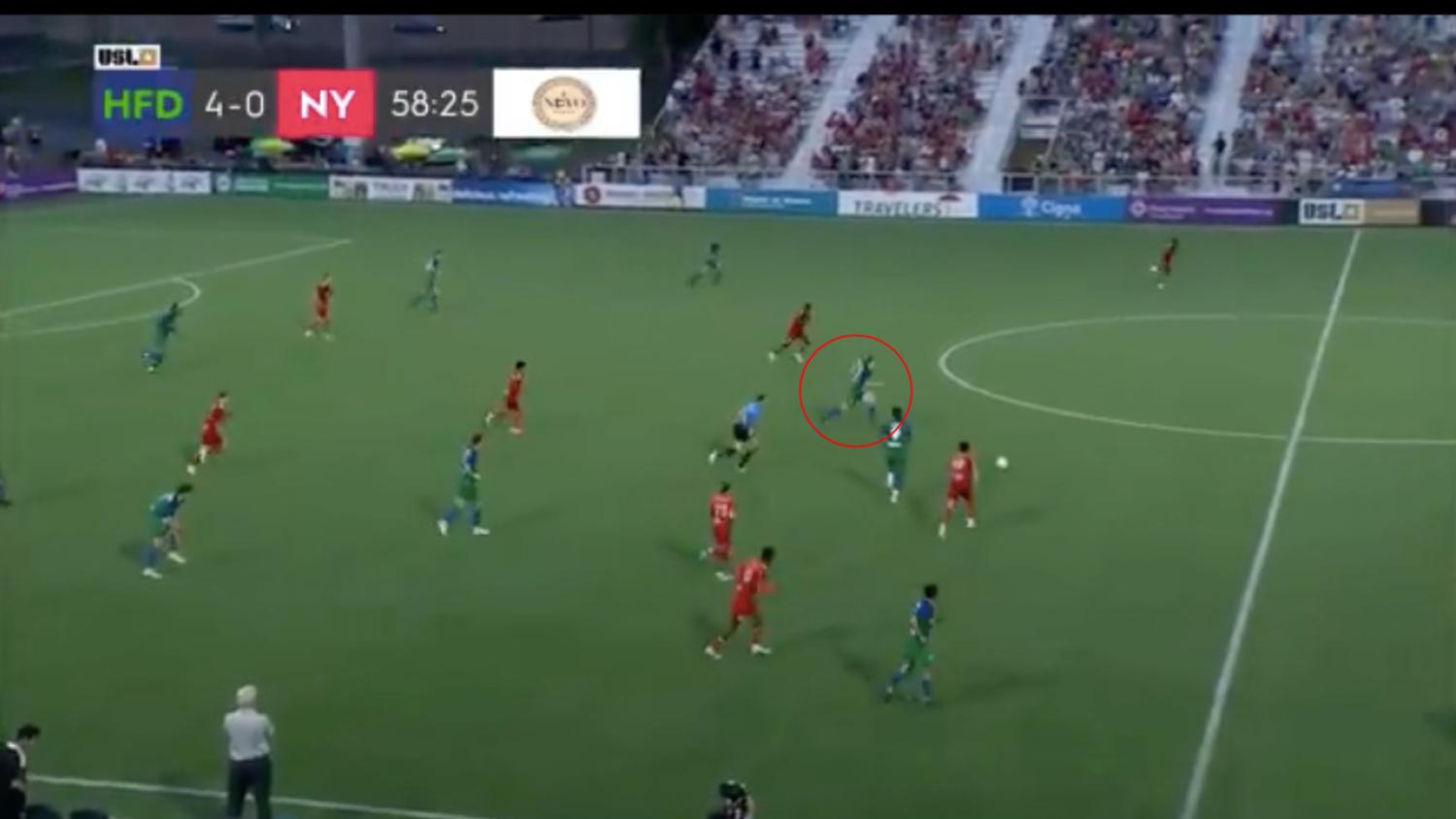 Hartford Athletic put the beatdown on New York Red Bulls II in USL Championship play on Saturday night, winning 7-0 despite only holding a 1-0 advantage up until first half stoppage time.

The pick of the bunch was scored by 22-year-old American midfielder Conor McGlynn, who lobbed Anthony Marcucci from deep inside his own half to put Hartford up 5-0 in the 59th minute.

It’s rare that goals from the half-way line actually occur inside the goalscorer’s own half, and it’s even more wild that it was a first-time effort from McGlynn after Hartford had secured possession.

The goal was understandably picked up by SportsCenter.

This might be the wildest goal we've seen in a while

Here are all seven goals for your viewing pleasure.

ICYMI: 90 seconds is not nearly enough time to show you 7 goals, so went a little long for this week's #90in90... pic.twitter.com/lb6lfgJtIF