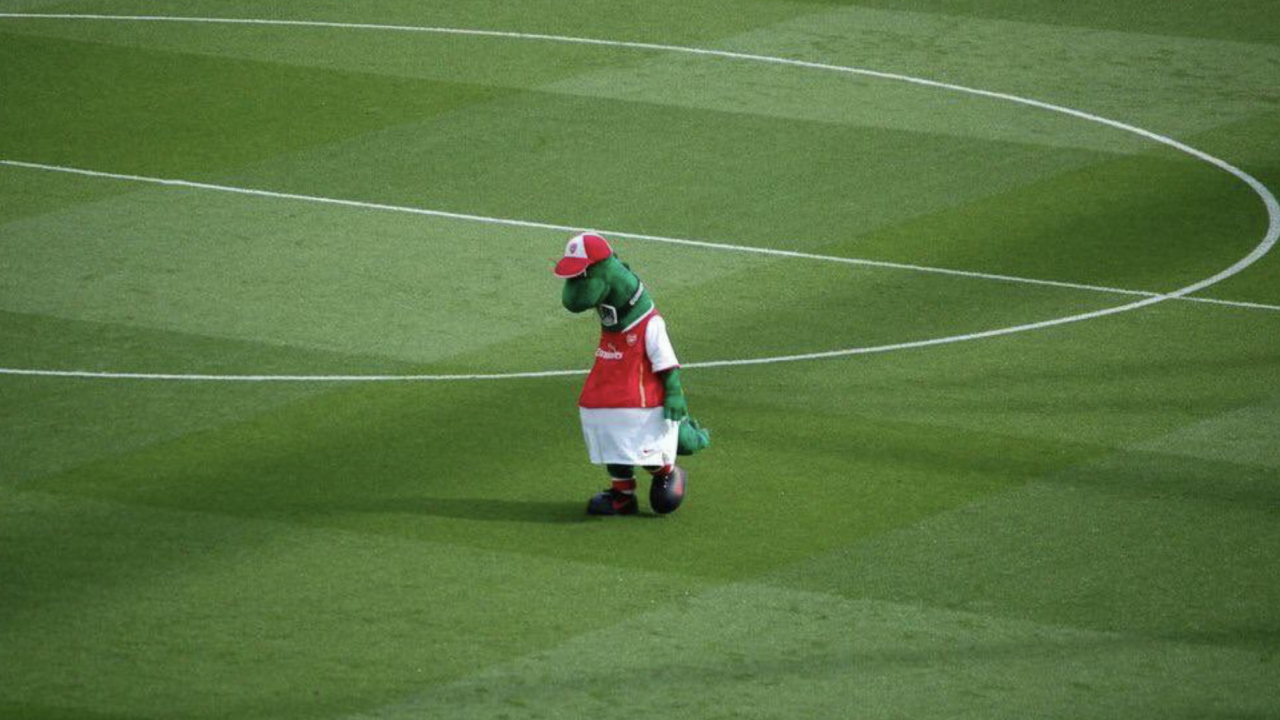 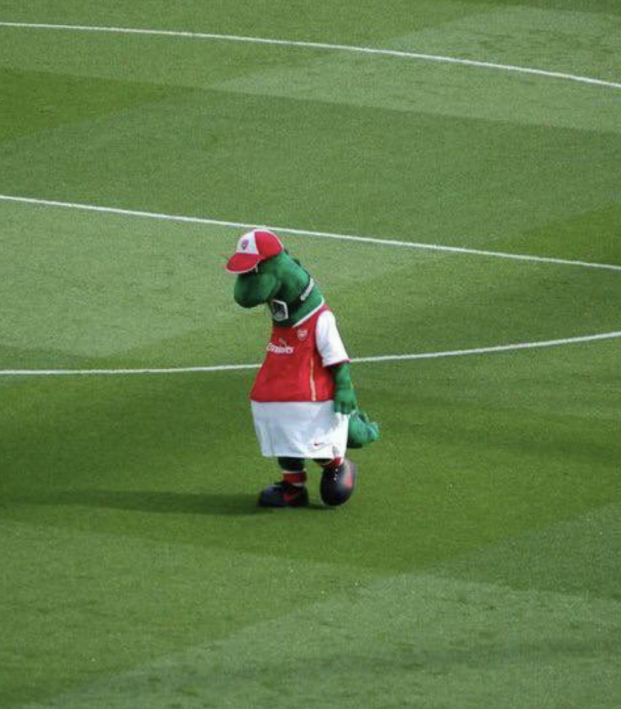 Arsenal’s iconic mascot is no more. In August the club announced that it was going to layoff 55 employees because of monetary losses due to the pandemic. It has been revealed that Gunnersaurus — Arsenal’s loving sideline dinosaur since 1993 — has also been let go, per The Athletic.

The role of Gunnersaurus was deemed no longer necessary amid a fan-less Emirates Stadium. Lifelong Arsenal fan Jerry Quy was the man inside the suit, and his untimely departure created a whirlwind of empathy and anger on social media.

And this is how you treat your team mascot pic.twitter.com/CuvR9L3djL

Stan Kroenke killed the dinosaurs. Of all heinous things that man has done in sport, firing Gunnersaurus, who has been Arsenal’s one constant in good times and bad (and badder) up there with crushing the hearts of St.Louis fans by moving Rams. RIP Gunny Forever in our hearts pic.twitter.com/jTysbD4vlU

Paul Merson on the sacking of Gunnersaurus..

"Is he really? He was the highest paid mascot in the country on 80 grand a week. With the 80 grand they save that might take the Partey one over the line"

The irony of the extinct creature’s dismissal is brutal. Fans learned of Arsenal’s decision to part ways with Gunnersaurus on the same day that the London club could spend millions of dollars on transfer targets like Thomas Partey.

A GoFundMe titled “Save Gunnersaurus” has already been set up and accumulated over $1,500 in an eight-hour span.

Arsenal has yet to comment on its decision to kick Gunnersaurus to the curb.