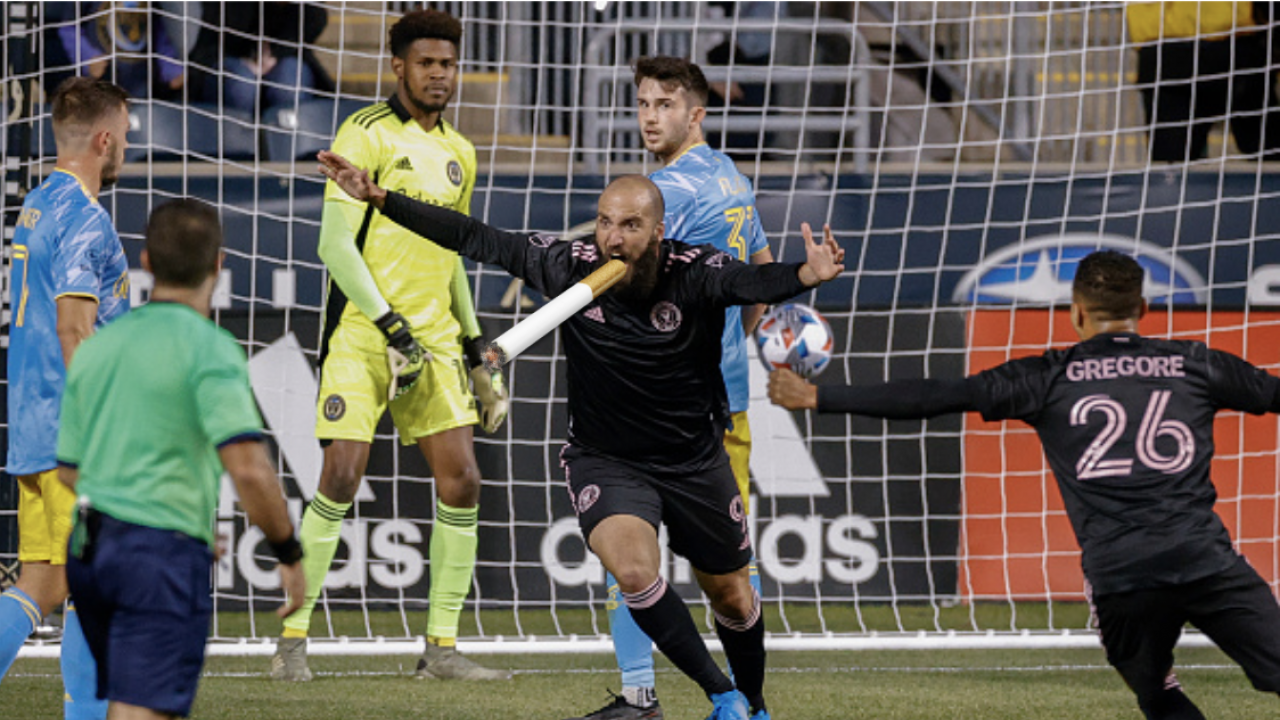 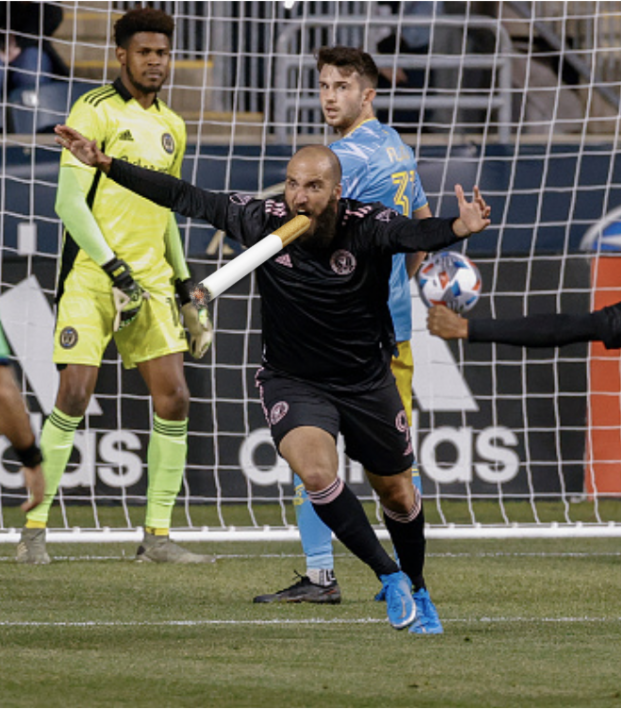 MLS Hardest League in the World?? Higuaín Can't Keep Up

Former Argentinian forward Gonzalo Higuaín had low expectations coming to MLS but now is learning to respect the competition. The 33-year-old exclaimed he expected to play with a cigarette in his mouth, it was going to be that easy.

Through seven matches in the 2021 MLS season, Higuaín has four goals and one assist. He was quoted on Christain Vieri's Twitch live stream a few days ago saying, "I thought I would come to MLS and play with a cigarette in my mouth and instead it is difficult."

Higuaín joined Inter Miami in 2020 from Juventus after struggling to keep up in Italy's top tier. He made the decision to transfer to the U.S. team after talking to teammate and Italian football legend, Gianluigi Buffon. Higuaín was told, "If you no longer feel that fire inside in training, if you no longer feel the determination to be at high levels, you have to go". This helped persuade Higuaín to make the transfer to the league he probably expected to be child's play.

MLS didn't disappoint him as he eventually compared it to Serie A, Italy's top football league. Giving his recognition to MLS, he said, "It is a tough league. I learned that it is similar to Italian football. In Spain and England it is easier to do well, while in Italy, if you do not know the league, you suffer."

We already know Zlatan Ibrahimovic's thought of the league during his short-lived U.S. career where he would score 53 goals in just 58 matches. The former LA Galaxy forward spoke on the quality of the league, "MLS is not the level of Europe, to be honest. Before, I played with players either on my level or close to it. Which makes the game connect easier... Here, I am like a Ferrari among Fiats."

While Zlatan looks down on MLS, many international players have differing opinions on the league.

English center-back Michael Mancienne had different thoughts pertaining to the American league, claiming “I feel like people think it’s not the best league – they underestimate it. I’ll be honest, I did as well before I came over. But the standard is really, really good. There are a lot of good players in the league and a lot of good teams.”

Former Manchester City center-back, Nedum Onuoha agreed that one shouldn't doubt MLS and gives his opinion on how their teams would fare in England,  “I think they’d do well. But to exist as a team within England and a lot of other European leagues, you have to be defensive first and attacking second. Over here, the emphasis is put on attacking.”

I know MLS isn't the best of the best, but it has been disrespected for far too long. With more American players going abroad and even more international players coming here, could MLS start gaining some recognition?