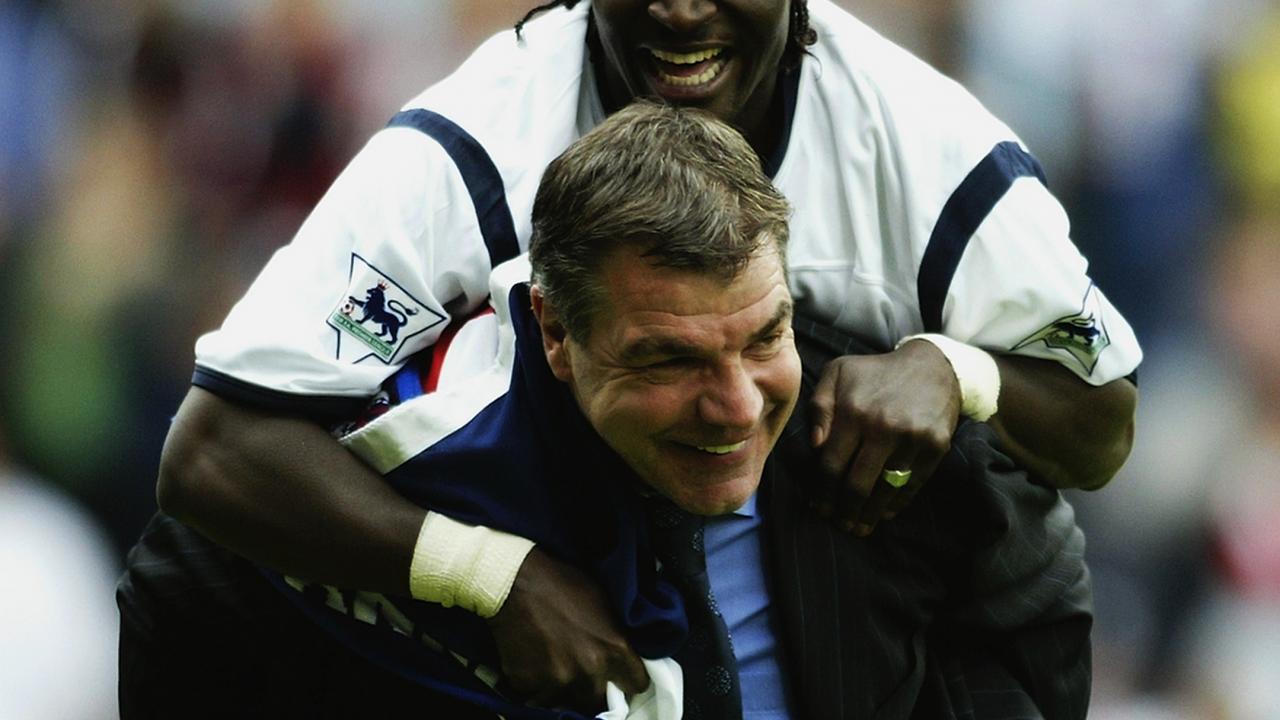 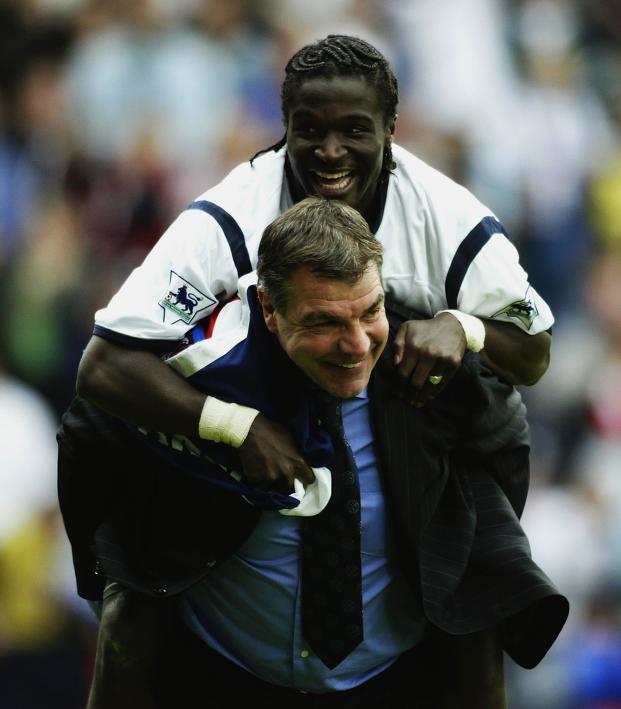 "He was what I called a ball-playing defender," long-time friend Dave Bassett said of Sam Allardyce, "If he wasn't playing with the ball he was playing with your balls."

Allardyce was a feared center back during his 20-plus years in English football due to his propensity to clatter opposing strikers and leave them moaning in pain on the turf. He was even given the nickname "Super Sam Bionic Man" for his ability to quickly ascend from these tackles and continue playing.

Yet despite this characterization, Allardyce was also a very clever player that anticipated play well and had a thorough understanding of the game.

His lengthy managerial career is viewed in much of the same guise as his playing days. On the surface, "Big Sam" was a burly Englishman who heavily utilized the long-ball to give his physical teams an advantage against the more adept and technical Premier League sides of the 2000's.

While this is true, it does not do justice to the tactical genius that Allardyce possessed. He led Bolton Wanderers to four top-half finishes in a row, the club's best top flight run in more than three quarters of a century (the club previously had five consecutive top-half finishes in the first division from 1924-1928). He took the team to the Europa League for the first time in club history, advancing to the knockout round before falling to Marseille.

A natural born leader, Allardyce was just 28 when he was offered the managerial position at Millwall (he declined). Allardyce was also one of the first English managers to utilize sports science, a philosophy he picked up during his short time in the States as a member of the Tampa Bay Rowdies in the old NASL, during which the Rowdies shared training facilities with the NFL's Tampa Bay Buccaneers.

So why is Allardyce not celebrated like other managers of his era?

After his playing days ended, Allardyce began his managerial career with Limerick in the League of Ireland Premier Division, winning the league title in his only season there in 1991-92. After a short stint at Preston North End, Allardyce began his first big gig with Blackpool before moving to Notts County in 1997.

In October of 1999, he took charge of Bolton and guided a struggling side to the Championship playoffs, as well as the semifinals of the League and FA Cups.

After just one season with Bolton, Allardyce gained promotion to the Premier League and was rewarded with a ten-year contract. This gave him the freedom to build Bolton for the future without focusing entirely on current results. He focused the club budget on hiring more backroom staff and improving training facilities instead of purchasing players.

Big Sam also took up a very unique position during matches. Instead of lingering in the technical area near the touchline, he often watched the match from up in the stands, radioing changes and feedback to his staff on the sidelines, a practice common in rugby but rare in soccer.

Likewise, Allardyce was an early member of the sport's statistics movement. He was one of the first managers to use ProZone, a software that used advanced statistical analysis to evaluate player and team performance. He even constructed his own "War Room," which contained numerous screens that broadcasted player statistics such as pass completion percentage and fitness levels.

In his book on the history of Premier League tactics entitled The Mixer, author Michael Cox found that Allardyce's analytics staff "created statistical profiles for individual positions in Bolton's side, discovering precisely what would be required from, for example, a right back. Allardyce then used this information to convert players into different roles, in the knowledge they were capable of appropriate statistical output."

A prime example of this was Kevin Nolan. Nolan started his career an academy center back with poor heading and tackling skills. Allardyce then converted him into a central midfielder for his ability to win loose balls and convert long-range strikes. The Englishman led Bolton in goals (12) in 2003-04 and enjoyed ten industrious season with the club as an attacking mid.

The midfielder has scored some memorable #PL goals   pic.twitter.com/QDl7VErRbg

By all accounts, Allardyce's setup was one of the most advanced in the Premier League, if not in all of Europe, and he was turning Bolton into a winner.

After narrowly avoiding relegation in its first two seasons, Bolton finished eighth in 2003-04.

Much of this success was due to Allardyce's astute signings in the transfer market. Kevin Davies was picked up prior to the season after being released from Southampton, and he was molded into an aggressive and tireless target forward, ending his career with the most fouls committed in Premier League history with 605 (later surpassed by Gareth Barry).

Jay-Jay Okocha was also signed on a free transfer after four unimpressive seasons with PSG, and he used his renowned dribbling skills to become one of the most dangerous attackers in England.

On paper, he didn't have the technical quality to compete with the likes of Arsenal, but that didn't stop Bolton from defeating the Gunners four straight times in 2005 and 2006. Allardyce's physical style of play gave the Gunners fits, and Bolton's long-ball game provided opportunities for its talented players to do damage high up the pitch.

Given Bolton's success with the long-ball game, it should come as no surprise that Big Sam's side was also prolific off set pieces. The club scored 33 percent of its goals from such plays. Allardyce used stats to deduce that in-swinging balls were more effective than outswingers, and was one of the first managers to instruct players to stand idly in an offside position on free kicks and wait for the second ball. He also told Kevin Nolan to stand directly in front of the keeper to obstruct his view.

These tactics, along with Wanderers' physical style of play, earned Allardyce a great deal of points, but very few friends. But Allardyce didn't care what other clubs thought of him; he was at Bolton to build a winner.

After beginning with the traditional 4-4-2, Allardyce later implemented a 4-5-1 system to great success. This allowed him to control the midfield and maintain a sturdy defensive shape. He also added a second striker into the side and placed him on the wing, where he could win aerial battles against shorter fullbacks.

After achieving Europa League qualification in 2006, Allardyce hoped to push Bolton even higher, aiming for Champions League qualification. But club chairman Phil Gartside was unwilling to spend the type of money Allardyce was requesting and the relationship between the two became strained.

With two games left in the 2006-07 season, Allardyce resigned. Bolton hearts were broken as they had lost their managerial talisman.

Newcastle United offered solace for Allardyce and he joined the Magpies. After just half a season there, Big Sam was on the move again, this time to Blackburn Rovers, where he enjoyed a few modestly successful campaigns followed by an unimpressive spell at West Ham.

Since then, Allardyce has held various short term posts, mostly at struggling Premier League sides. But in the summer of 2016 Big Sam was given a dream gig when he was appointed England manager. He won his only match in World Cup qualifying before being sacked for improper conduct after just 67 days at the helm.

Despite his opportunities, Allardyce has never achieved the level of success he experienced at Bolton, and the club hasn't been the same without him, as a third relegation means Bolton will play in League Two this year.

Allardyce is remembered as a relegation specialist who loved the long-ball, or maybe as the England manager who managed one game before being fired. He is rarely credited for the statistical revolution he brought to the Premier League, the intelligent tactics he employed on the pitch or his astute transfer dealings.

"Supporters didn't see the War Room or Allardyce's statistical models," Cox said, "they simply observed what happened on the pitch. And while Allardyce was unquestionably an innovator in some respects, he prescribed a style of football that was distinctly old-fashioned."

So the next time you see Burnley score a goal off another flicked header or see a player chewing an energy gummy during a break in play or encounter another advanced soccer statistic on Twitter, remember, it was Big Sam that made it all possible.