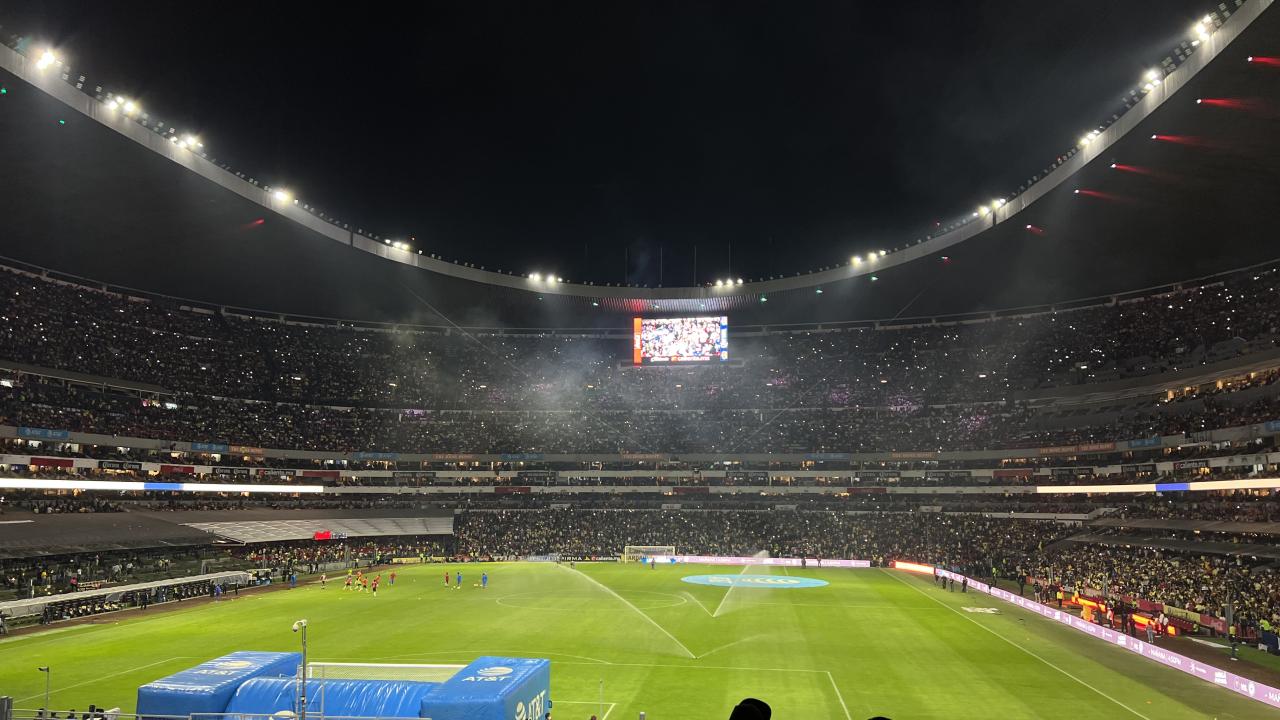 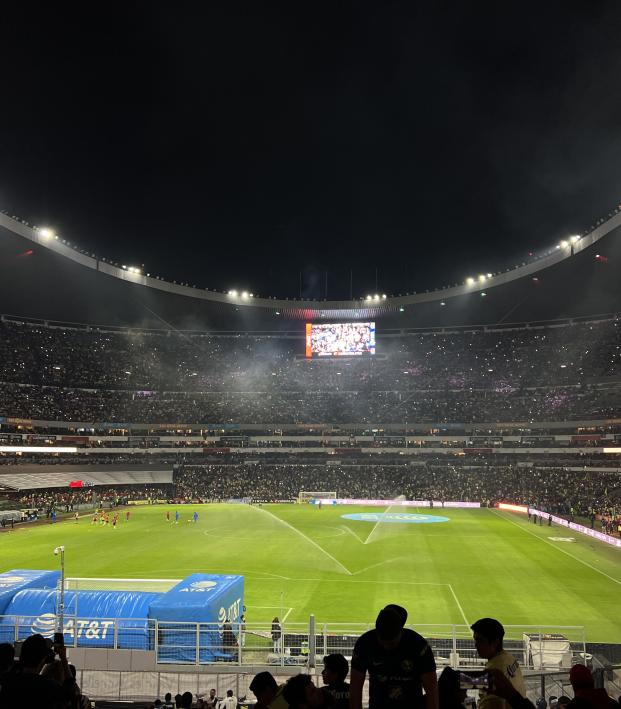 I went to the Super Clásico match between America and Chivas at the Estadio Azteca on Saturday and my experience was, in ways, one of a kind.

If anyone knows two teams from Mexico, it’s America and Chivas. The two are Liga MX’s most decorated clubs and have a rivalry that goes back almost 60 years. It’s the biggest game in Mexico and perhaps the biggest soccer game in all of Concacaf.

In the league, El Clásico between América vs. Chivas has been played 184 times. There have been 58 draws, 62 victories for Chivas and 64 victories for América. It doesn’t get any closer than that.

On Saturday we were waiting to witness the 185th game between the Mexican giants at the packed and legendary Estadio Azteca. It did not disappoint.

About every six months, tickets for the match sold out the day they went on sale. In effect, “El Coloso de Santa Úrsula” was as packed as it can be — 87,523 people bought their tickets ready to cheer on their respective team.

Light shows, fireworks, halftime show, chants. The Azteca was the place to be on Saturday night in Mexico City.

Estadio Azteca is América’s stadium, and unlike other stadiums in Mexico, they place no restrictions on what Chivas fans (or any other fan) can bring (scarfs, flags, etc.) and where fans can sit. It was a perfect mixture of white and red stripes with yellow jerseys across the stadium — a beautiful rivalry that does not and should not go past the game.

The "Vamos América!" and "América, Águilas!" chants took over the stands every five minutes as the other half of the stadium cheered "Chivas!"

Mexican soccer and stadiums are often lacking this, and the Azteca, for one, constantly sets the example of what a fan experience (security, family friendliness, atmosphere, etc.) should be.

The game went as expected. Although games like these often scrap the statistics and form of each team, América — top of the table — had a slight upper hand on Chivas, who sat seventh on Match Day 16 of the 2022 Liga MX Apertura.

This, along with the home advantage, pushed América to an early lead with a perfectly taken penalty by their goalscorer Henry Martín.

The Azteca blew up.

The roar was just as big, though, when Martín decided to take off his boots and celebrate the early goal like the iconic América and Mexico national team legend Cuauhtémoc Blanco.

Alejandro Zendejas also scored early for Las Águilas, but in the second half.

Emilio Lara crossed, Martín set up and Zendejas hit a weak-foot finish. A goal "made in Mexico" for the leaders of the tournament.

Chivas also got the chance to get on the scoreboard after Christian Calderón scored (once again) against América in the 62nd minute.

We had to make sure the goal wasn't offside on TV, though.

Although the final result was 2-1 in favor of América, a controversial play and save on the goal line by Guillermo Ochoa was what took over the post-match reactions in the stadium and on social media following yet another edition of the Super Clásico.

Perhaps the only downside to the game was the process of purchasing and accessing your ticket.

Tickets were available for presale on Thursday morning for those who had an Abono Azulcrema, the club’s loyalty and benefits card. The general sale was five hours later, with scarce tickets available.

Although most of the remaining seats after the presale were up in the heavens, we fortunately got our hands on some seats in the mid section of the stadium. No complaints there.

Though, Ticketmaster sold all of the game’s tickets through its Will Call service. For those who don’t know what that is, you basically have to physically go to an approved Ticketmaster location to obtain your physical paper ticket. There was no option to download an e-ticket as you would for basically any other event in the world in 2022.

Of course, going and picking up a ticket was not that hard. Waiting in line, on the other hand, was.

For some odd reason, there are only a few locations in Mexico City that exclusively print out tickets for soccer games sold by Ticketmaster.

Will Call is not as complicated as it came out to be this weekend, but the timeliness of it all was what made it complicated. The tickets went on sale Thursday evening and were not available for pickup the day of; Friday was Mexican Independence Day and most businesses were closed. Hence, Saturday was the only day that you were able to get your tickets.

A select few locations and over 80,000 people trying to pick up on the same day. It was madness.

After about six hours of waiting in line (yes, six hours) with all hope lost about an hour before the game, Ticketmaster decided to send out PDFs of the tickets (that you still had to print out) for those who had not been able to complete their Will Call.

You could not make this up.

I could go on forever about how bad the organization was, so here are some fan reactions to the horrible ticket situation:

Estadio Azteca is still one of the world’s greatest stadiums.

Although it’s had some renovations that were detrimental to its early 100,000-seat capacity and its infrastructure is becoming older, the stadium is as imposing as ever.

Aside from the horrific ticket organization (that is apparently not a normal or recurring thing), I am envious of anyone who is lucky enough to visit the Azteca on a regular basis.

The history of the stadium, that is being rewritten every other week, makes you feel like you’re sitting in a museum of football heritage.

That, along with the incredible fans and atmosphere, makes it an experience you'll hardly find anywhere else.

If I haven’t yet and I love going to fútbol games, I would definitely keep it in my plans to visit the soon-to-be three-time World Cup host.

Only recommendation: Anticipate the traffic and avoid the Will Call option.