Dani Alves To Lionel Messi: 3 Assists That Are Still Unexplainable To This Day 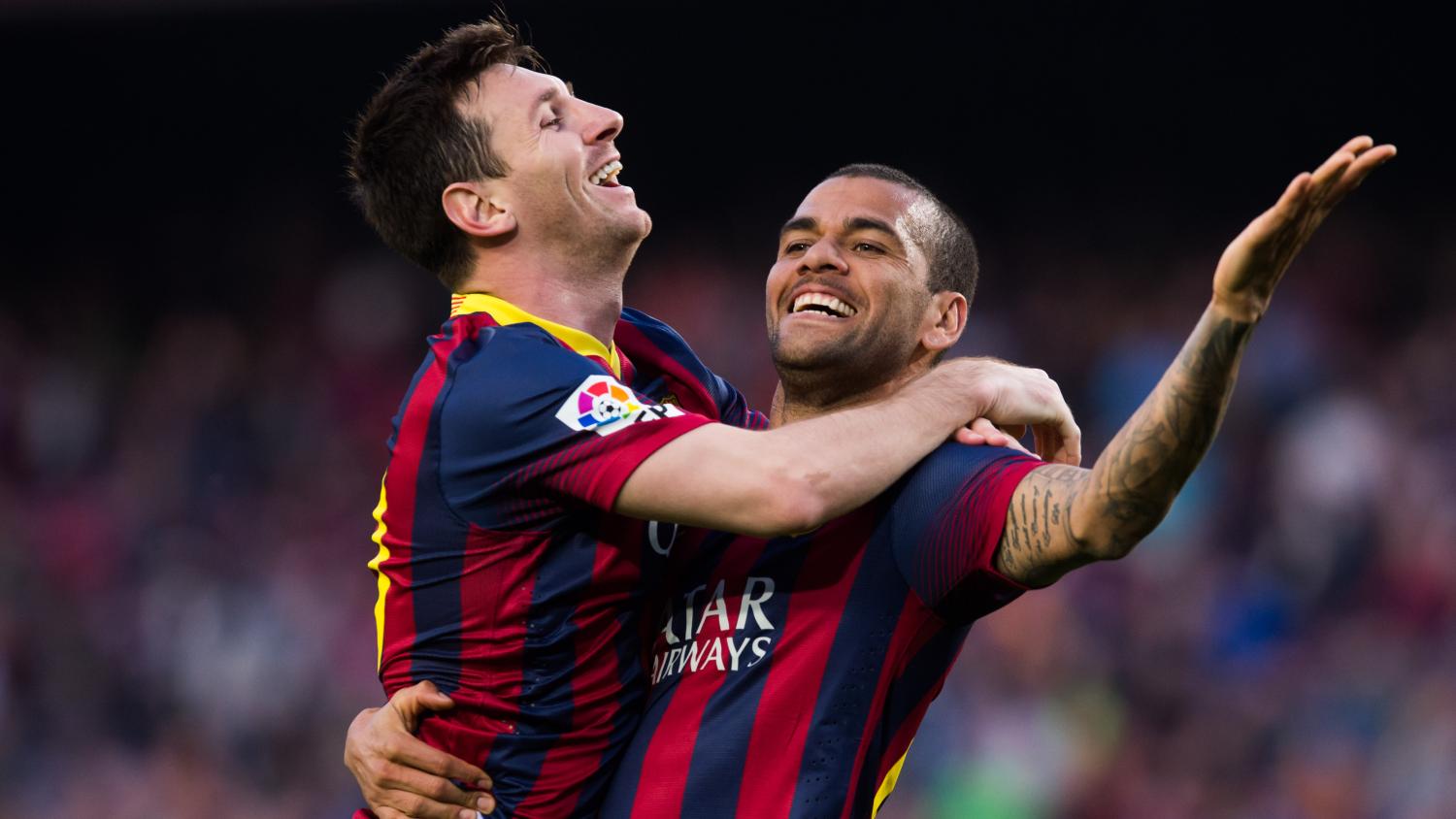 Alves and Messi were masters of the right flank together.
Getty Images

Barcelona played Boca Juniors in Saudi Arabia on Tuesday in a friendly dubbed The Maradona Cup, with all proceeds going towards paying Philippe Coutinho's salary. The match also served as a second club debut for 38-year-old right back Dani Alves, who signed as a free agent after last playing for São Paulo with nothing but goodwill in his heart and a somewhat good feeling in his feet.

There's a lot of wisdom in never trying to recapture long gone glory days, but it's clear that Alves only wants to help the club in its direst moment of need (eighth), much like Xavi, much like Gerard Piqué.

There's always the risk that Barça starts to look less like a team full of helpful servants and more like the scene that accompanies a car stuck in snow: one guy yelling that the driver needs to employ the rocking technique, another screaming to turn the wheel, one haphazardly throwing whatever debris they can find under the tires, another attempting to push from the back and falling on their ass and a fifth directly in harm's way should any of this actually work.

One intriguing aspect of watching Xavi's managerial reign is that it demands the one virtue that's been abandoned over the course of 17 hugely successful seasons — patience. He needs the club to not be $1.6 billion in debt, and he needs Ansu Fati, Pedri, Gavi, Eric García and Sergiño Dest to quickly come as close as possible to being regens of Messi, Iniesta, Xavi, Piqué and Alves, respectively.

Even the most hopeful of Blaugrana supporters know that's wishful thinking. There won't be another Messi. Alves was so difficult to replace that they brought back Alves. Two generational talents like Xavi and Iniesta again rising through La Masia as midfield yin and yang is a fat chance.

It's always worth remembering just how preposterously good these guys were, if only to rewatch some choice highlights — even if it's the simple act of Alves and Messi playing football together.

The connection between Alves at right back and Messi at right wing was frequently unstoppable, leading to 43 assists from the Brazilian to the Argentine. These are, in my opinion, the three best dimes that Alves provided Messi.

A 2008-09 Copa del Rey Round of 16 clash against Atlético was effectively decided after the first leg at the Vicente Calderón. Messi scored a hat-trick in the 3-0 win, and this was the opening goal.

During the 2010-11 LaLiga season, Barcelona won the title by four points over Real Madrid while only losing two games. They hammered Real Sociedad 5-0 on Matchday 15 with this the third goal.

Barcelona and PSG met in the quarterfinals of the 2012-13 Champions League and advanced on away goals. This was one of those precious away strikes at the Parc des Princes.

Throwback to this fabulous Dani Alves to Messi to back of the net against PSG. Tic Tok Toe, it’s the Lionel Messi show. #BarcaPsg #Messi #UCL
pic.twitter.com/S4GQDEm1Rd