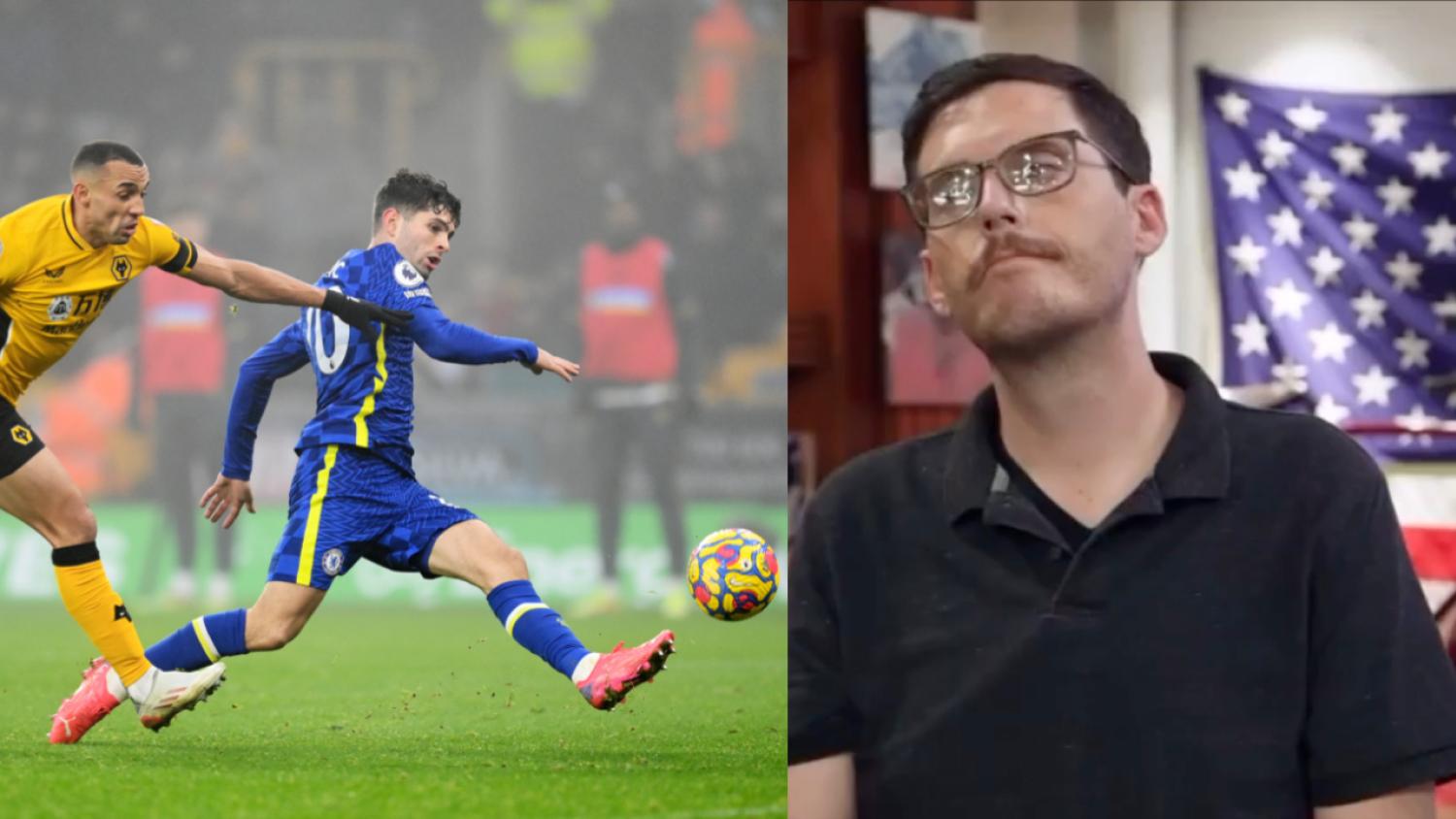 How can anyone deal with the pressure of being LeBron James + Lionel Messi + Cristiano Ronaldo?
Getty Images

The Phenom Guy/LeBron James Of Soccer/Soccer Superstar/Center Midfielder/Captain America/Teacher's Exchange Program Standout/Top Player In The Premier League/Most-Watched On Chelsea FC Team/Favorably Compared With Messi + Ronaldo/Finest Soccer — Or "Football" — Player In The World, Christian Pulisic, went 90 minutes for only the third time this season against Wolves at the Molineux on Sunday, but the 23-year-old couldn't provide the magic in a match that finished 0-0.

It's clear that Pulisic saw this Pawn Stars segment from his home in London and crumbled. Pressure cooker moments in the Champions League and against Mexico just can't prepare you for this sort of thing.

What is this bro I’m dying pic.twitter.com/j30LwFvrqk

Pulisic's performance will not be welcomed by collectors looking to make upgrades to their guitars.

Prior to the match, Chelsea manager Thomas Tuchel revealed that the Premier League had rejected the club's request to postpone the game.

"We thought we had a strong case regarding the security and health of players," Tuchel said. "We have seven COVID-19 positive cases, every day positive cases are coming in. We were made to be in the bus and travel together for three hours, we were in meetings together, in dinner and lunch and the situation does not feel like it will stop if we keep on doing this."

Among those missing were attackers Romelu Lukaku, Timo Werner and Callum Hudson-Odoi, so it was Pulisic who led the line with Hakim Ziyech and Mason Mount playing off him. Tuchel only had a six-man bench, including two goalkeepers.

Pulisic struggled to find any joy against Wolves' deployment of three center backs and its midfield shield of Leander Dendoncker, Rúben Neves and João Moutinho. His task was largely a thankless one of attempting to dislodge Wolves' backline with a lot of running, and the American only finished with 28 touches (the same amount as Mateo Kovačić, who entered in the 65th-minute).

Pulisic did have one good chance that he put on target, but goalkeeper José Sá denied him with a strong save.