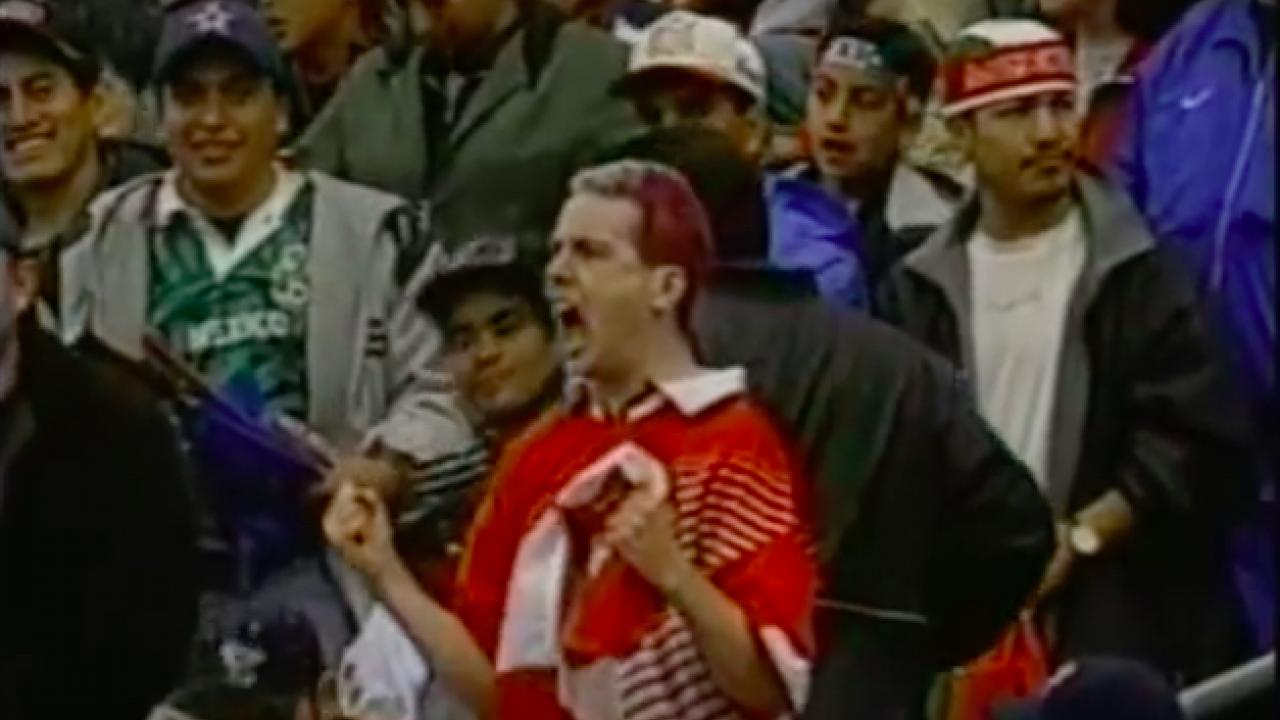 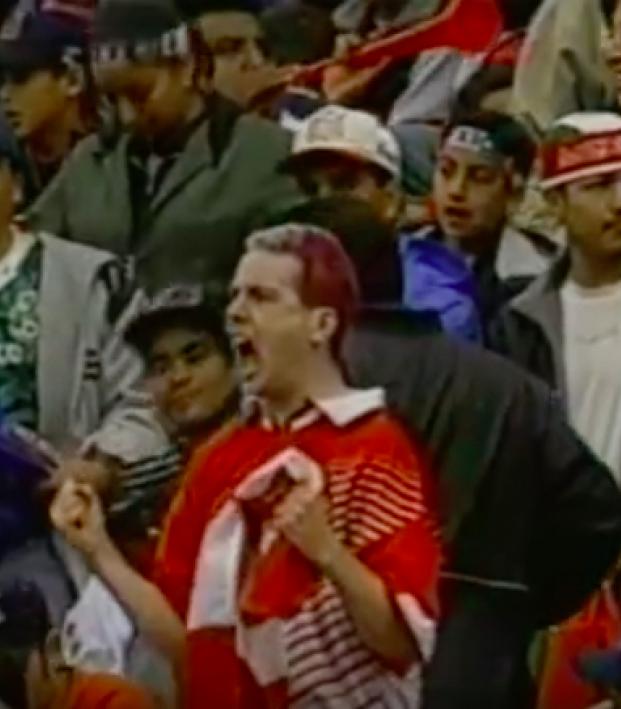 In 15 previous editions of the CONCACAF Gold Cup, the outlandishly large trophy has been lifted by either Mexico or the United States on 14 occasions. The only other nation to have triumphed at the event isn’t Central American power Costa Rica, nor is it previous tournament guests Brazil or Colombia. In 2000, the Gold Cup was won by the world's 85th-ranked side — Canada.

The Canadians made a historic run to the final, frequently playing in a Los Angeles Coliseum that was at about 3 percent capacity, beginning with the successful navigation of group play via a coin toss.

Yes, 2000 Gold Cup Group D play finished with Costa Rica, Canada and South Korea all having drawn two matches in the three-team group. With the top two sides advancing to the quarterfinals, Costa Rica claimed top spot by virtue of having scored the most goals.

But Canada and South Korea were in an unbreakable stalemate. They drew 0-0 against one another and both managed a 2-2 draw with Costa Rica, so the runner-up spot had to be decided by coin toss.

According to Canada captain Jason de Vos, the event transpired like this: “In the back of the media tent, our team huddled together as we waited for a signal from our head coach, Holger Osieck. The coin went up, came down, and after a quick glance at the result, a thumbs up from Holger sent our team into celebrations.”

The South Korean coach had chosen heads, apparently unaware that tails never fails, and for the first time since 1968, a coin toss was used to decide who advances in an international soccer competition.

But Canada’s reward for advancing to the knockout stage for the first time ever was a quarterfinal match against the three-time defending Gold Cup champion and the side ranked 10th in the world, Mexico.

In 20 previous matches with Mexico, Canada had won only two and been outscored 51-12.

Things started poorly for the Canucks. A 35th minute goal for Ramon Ramirez put El Tri up 1-0, and then Rafa Marquez exploded the testicles of Carlo Corazzin.

But with less then eight minutes remaining, Corazzin, now without testicles, got in front of Marquez before powering a header beyond Perez.

The game went into what was then Golden Goal Extra Time (read: sudden death). A corner for Mexico was headed clear to the top of the box by Canada. There, a flicked header found another Canadian, who in turn provided another flick.

The rapidity of the Canadian counter caught Mexico off guard and it was suddenly a four versus two going the other way. Martin Nash picked out the right pass in finding Richard Hastings, and Hastings’s great first touch put him through on goal. He lashed his finish into the roof of the net and a deathly silence overcame San Diego’s Qualcomm Stadium.

The greatest upset the Gold Cup had ever seen was complete.

In the semifinals, Canada played a Trinidad & Tobago team led by Manchester United striker Dwight Yorke, and Canadian goalkeeper Forrest was credited with standing on his head to see his side through to the final. A crowd of only 2,841 inside the 93,000-seat Coliseum watched T&T launch 16 shots on goal as well as win a penalty kick. Not a single one found its way beyond Forrest. 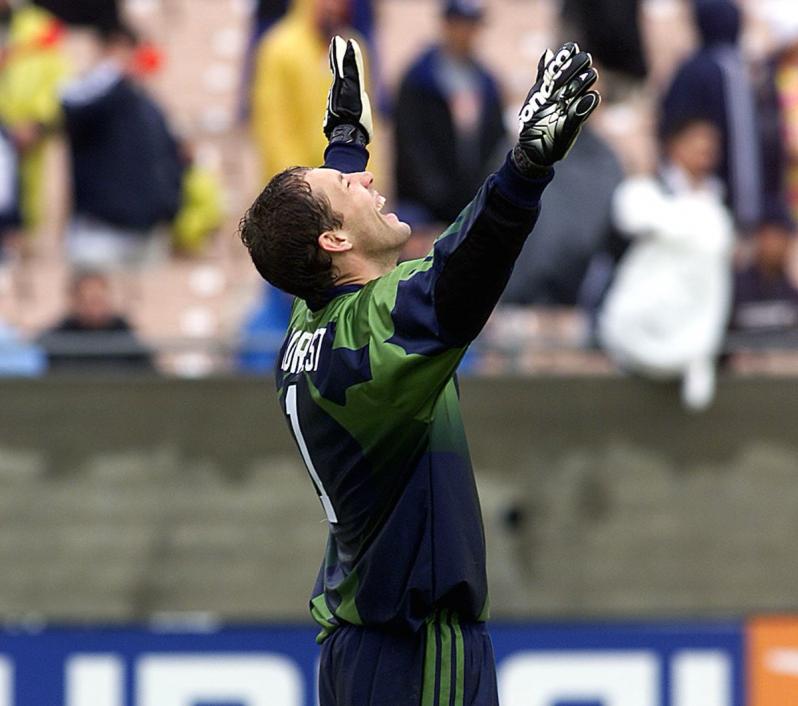 “It was clear to everyone in the stadium that Craig Forrest saved the victory for us today,” said Canadian coach Osieck.

A goal from Mark Watson in the 68th minute was enough to send Canada into the final against Colombia.

The buildup to the final hadn’t seen the nation enraptured with Canada’s cinderella story. According to the Los Angeles Times, the final had an empty feel to it, featuring an almost nonexistent crowd.

“Nobody ever expected us to win the title,” said Osieck before the match. “But to convince people to support your program, you’ve got to win a title. Our team did not play too well [against T&T], but we shouldn’t forget that most of our players are very young, and they’ve never played in a final before.”

But in the final, on a rainy and chilly Sunday afternoon in Los Angeles, Canada prevailed 2-0 over Colombia with Jason de Vos scoring in the 45th and Corazzin adding another from the spot in the 68th. Forrest then stopped a penalty in the 85th for his third clean sheet of the tournament — he would later be named the MVP. 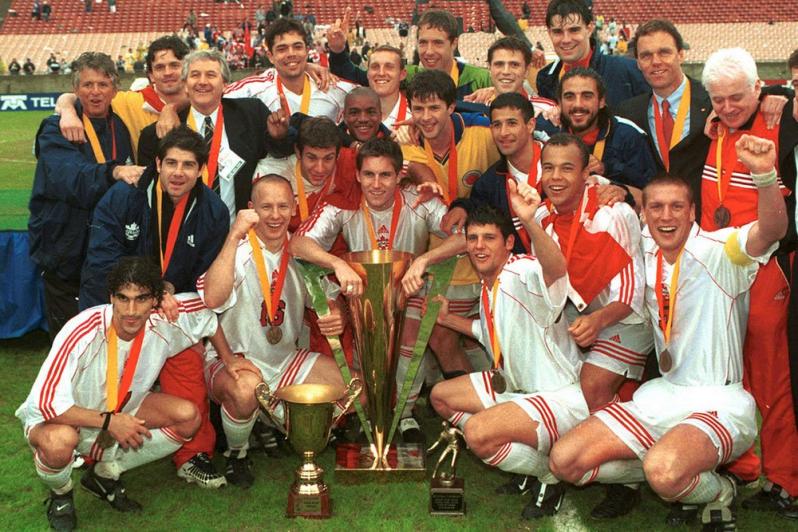 Forrest had this to say following the game: “This has exceeded my wildest dreams. The crowd wasn’t what it would have been if it was Mexico or the United States in the final, but in the long run, CONCACAF will profit and we will perform on a world level.”

The following 20 years haven’t been as kind to Canada as Forrest might’ve expected.

After the match, FIFA president Sepp Blatter said, “I’m so happy this region has a new champion. This is good because before it was just Mexico and the United States. I hope this gives a boost to the development of soccer in Canada for boys and girls.”

It’s remained that way ever since.