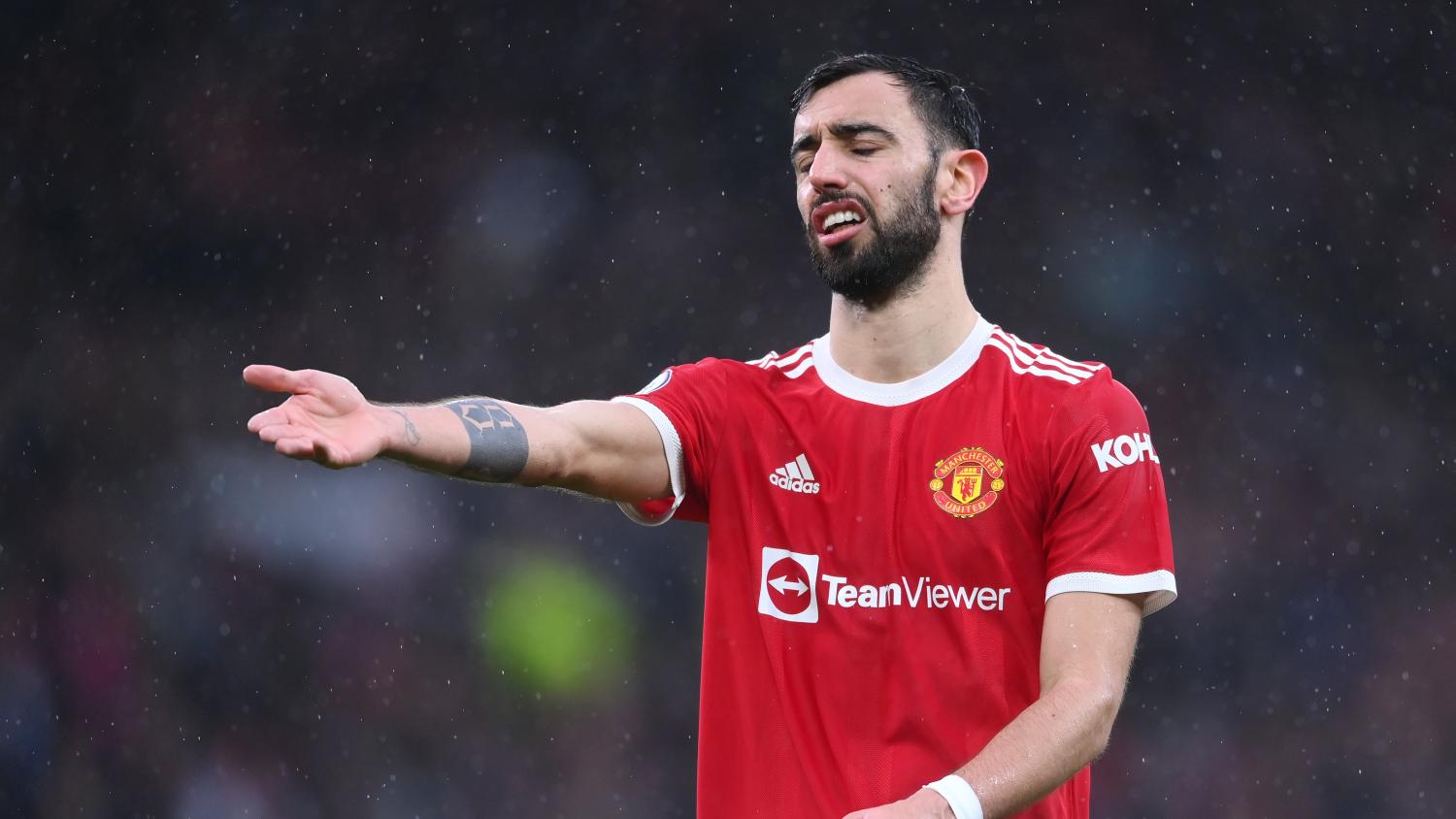 This isn’t a good look for the soccer community.
Getty Images

If you played soccer in an American high school, then you are well familiarized with the slander that comes to soccer players. Terms like “field fairies” are constantly hurled at us soccer players for society’s perception that we can’t be tough. This Bruno Fernandes punch against Southampton hasn’t helped the cause at all.

During Manchester United’s game vs. Southampton on Saturday Fernandes snapped at James Ward-Prowse. Fernandes succumbed to the power of the dark side and decided he was going to take a swing at the Southampton star. This is your chance Fernandes. Not just for you, but for every soccer player out there who has been teased and taunted for being weak. Show those bullies what happens if you mess with a star soccer player.

Come on man. This was the time to shine. The moment that all soccer players could show their American football and basketball friends to prove that soccer players aren’t these wusses we’re always called.

The pathetic attempt at a swing probably saved Fernandes from getting sent off.

If Fernandes doesn’t want to swing then surely someone in the massive brawl between Porto and Sporting Portugal on Friday threw a solid right hook, right?

Pepe was at the heart of 40-man brawl between Porto and Sporting Lisbon.

The referee handed out FOUR red cards after full-time pic.twitter.com/OuT3UiykNn

Violence is never the answer so maybe rooting for someone to get clocked isn’t the right move. One day it will happen though.