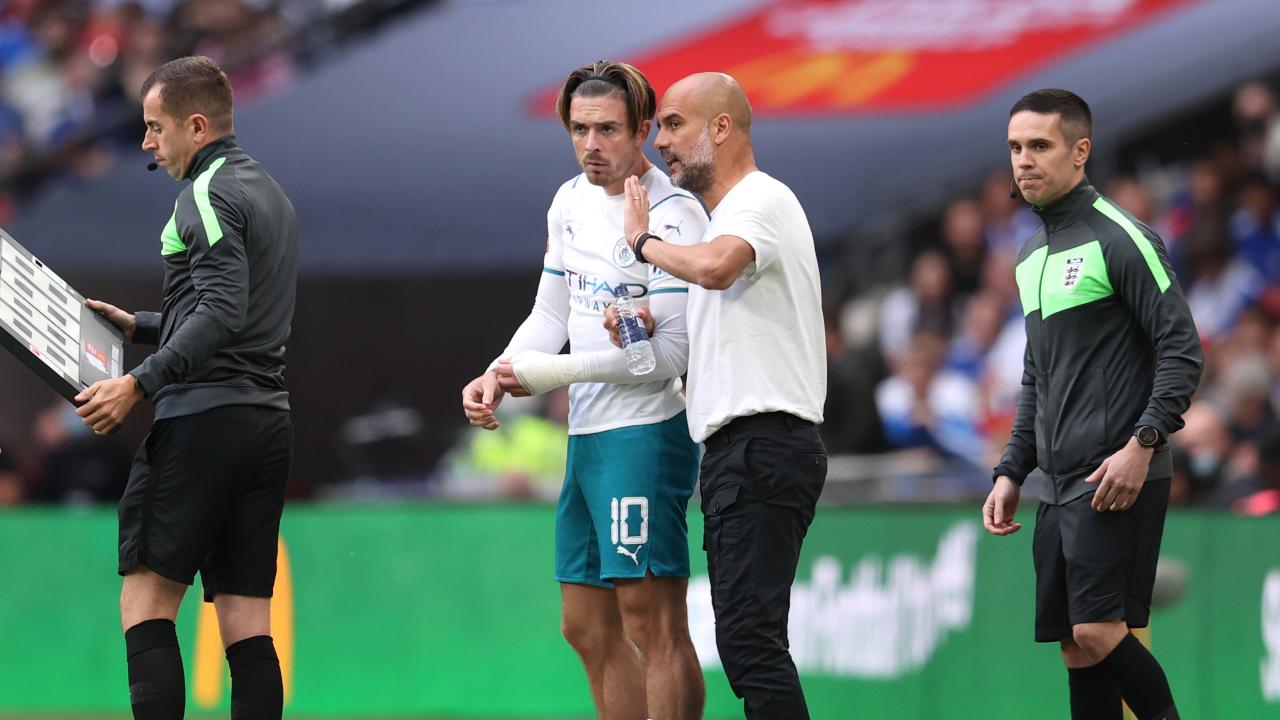 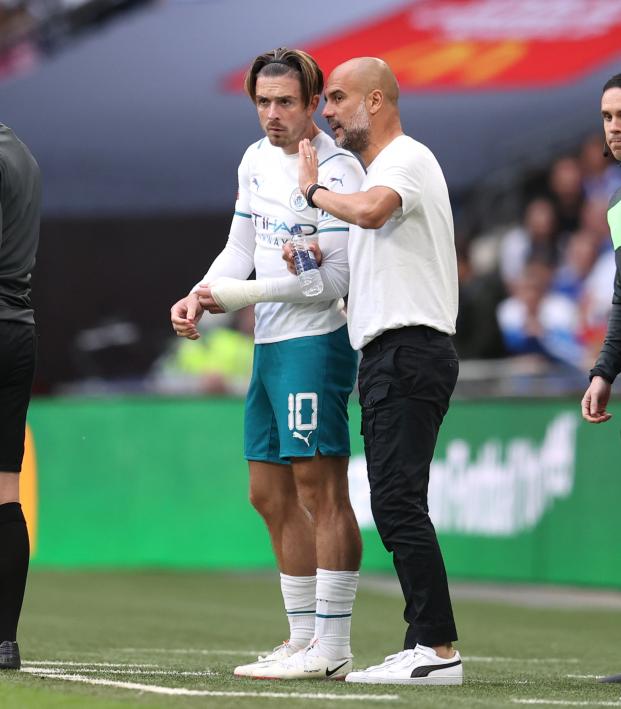 The Premier League is almost upon us as we get ready for another great season full of soccer. After all of the transfers and signings throughout the league the landscape of the Premier League might look a bit different. Here are my five bold predictions for the upcoming 2021/22 Premier League season.

1. Lukaku Tops Them All

Prediction: Chelsea ends the year as Premier League Champions while Romelu Lukaku gets the Golden Boot.

While this isn’t the craziest prediction out there, this one could have the one with the greatest chance of actually happening. Hear me out, Chelsea easily has arguably the deepest squad out of any other club and they just added a great striker in top form. This match was made in heaven as the reunion between Lukaku and Chelsea will prove to benefit both sides.

The most talented team doesn’t always win the Premier League as it comes down to much more than raw talent in the final stretch of the season. The big clubs end up competing for numerous trophies at a time and squad depth plays a huge role in how far the clubs can go.

While Chelsea is in the question for the best overall club in the world, there's little doubt that the Blues are one of the deepest teams in the world, let alone the Premier League.

With notable stars like Timo Werner, Christian Pulisic or Mateo Kovačić who might be used coming off the bench, the Blues depth is what will push them over the top to win the Premier League title for the first time since 2017.

Chelsea and head coach Thomas Tuchel have so many great options for a starting XI they can’t go wrong. When the biggest decision is to start either Kai Havertz or Werner there's not much else to worry about. The second team would do decently well competing inside the same league. Chelsea's second squad has more talent than some other starting squads.

Chelsea returns this year as the Champions League winners with an already crowded attacking group. If that wasn’t enough they went and added a world-class striker. Not just any ordinary striker, Lukaku has been on a mission the past few years with some incredible seasons with Inter Milan and the Belgium national squad.

Lukaku won Italian Player of the Year in Serie A and was second to Cristiano Ronaldo as the top goal scorer. He thrives within a 3-5-2 formation with the evidence being insurmountable with Milan and Belgium. Screw the Chelsea striker curse, Lukaku will be the one to break it as he will outscore everyone in the league while also dashing out a decent amount of assists.

I don’t expect a slow start for Lukaku in the Premier League as he has been there before with a few clubs. He has been in amazing form with Belgium's national squad during the Euros this summer.

This prediction might be as bold as it gets with Manchester City definitely being the favorites to win the league again after the 12 point victory last year. Although City is speculated to win again, I have the Cityzens ending up lower on the standings than their longtime rivals Manchester United. After bringing in Jack Grealish from Aston Villa to the already fit team coached by Pep Guardiola, you might be thinking this writer is crazy.

After the recent loss to Leicester in the FA Community Shield, I see them getting off to a slow start similar to last year with this time seeing City struggling to fight back and retain their crown. City has an extremely tough start to the season playing five big clubs in the first seven matches including away fixtures against Liverpool, Chelsea and Tottenham.

A big reason why City won’t finish ahead of Manchester United is because of the injury woes of Kevin De Bruyne, which I believe will hamper him from fully getting to his top-tier level. He was beaten up at the end of the season last year and playing through the injuries during the Euros didn’t help. Grealish on the other hand will prove to be less valuable or just take too long to adapt to the new club, as he will fail to mirror the production of KDB on the City squad. I believe the move was overhyped and he will not produce as much as he did at Aston Villa. This of course means that Kane doesn’t surprise everyone and gets sent over to City before the transfer period ends, that would change everything and I would believe they would be back to being favorites with Kane in front.

With both Manchester clubs improving this year bringing in more top-tier players during the transfer window, the rivalry should prove to be very intense this year in the Premier League. Jadon Sancho will adapt quicker with his new team than Grealish, while the  Manchester United defense will shore up nicely with Harry Maguire pairing with Varane in the back line. This year will be the first time United will beat City on the table since 2012 when they last won the league.

The YO-YO club Norwich City has won two EFL Championships in the last three seasons. The Canaries won in 2021 to be promoted to the Premier League again. Most experts look at the departure of star player Emiliano Buendía and their most recent results in the Premier League where they were last relegated at the bottom of the table with a negative 49 goal difference and doubt this side. With my biggest and boldest prediction here, both Norwich City and Brentford escapes relegation this year.

I see a club as hungry and desperate as it can get for a stay up in the big league. Norwich has made solid attempts at filling Buendía’s attacking role with young winger Milot Rashica and striker Josh Sargent who I see growing and improving with the squad through the season. Milot is definitely a Premier League ready athlete whose pace will blend nicely with Norwich's style of play.

The Canaries are a very weak team on the bottom half of the league but I see them improving as a whole squad throughout the year enough to alter their fate of being relegated. If the new additions can fit in with the squad and can produce more goals than the last time they were in the league, I believe they have a shot at staying up.

A healthy mix between young, hungry soccer players like winger Todd Cantwell and veterans who have top-level experience like defender Ben Gibson and striker Temmu Pukki should bode well for Norwich. They are definitely not near the top of the talent level but they do have some young exciting pieces that are surrounded by older more knowledgeable veterans which could be a recipe for the little Premier League success they need.

They added a young phenom midfielder from Chelsea in Billy Gilmour on loan for the season. His thirst for the ball and hunger to get better will definitely help the Canaries throughout the season. If this squad can put all of these new pieces together, have their veterans lead the way with scoring goals and get a bit lucky I could see them maybe fighting off relegation.

I know what you are thinking if Norwich doesn’t get relegated, who in the world will. Well with a few quick explanations, I will run you through my predictions for who will drop down at the end of the year in my next bold prediction!

Prediction: Crystal Palace, Southampton and Watford All Get Relegated

Watford didn’t do nearly enough changes to the squad or additions with transfers after their promotion to the Premier League to give me any kind of positive vibes towards the season. Watford didn’t spend any money bringing talent to join the squad, dropping an abysmal 15 million dollars during this transfer season. I see the lack of changes hindering Watford from competing at the top-tier and a quick exit. They are in need of just more quality players for their starting XI in order to stay up.

What is Southhampton without Danny Ings? They are an EFL Championship team! The squad just lost their biggest goal scorer to Aston Villa which weakens the team immensely. The Saints look like just Nathan Redmond and Ché Adams are going to lead and that doesn’t give me the best confidence for them staying up this year.

Palace will be a surprise relegation team for the first time since 2005. Crystal Palace didn’t get the first choice in their new manager and had to bring in Patrick Vieira from MLS and OGC Nice. I'm not sure he is the right man for the job after being sacked by Nice just last December, but we will have to wait and see. The club did lose some experienced defenders and replaced them with exciting young prospects like Marc Guehi from Chelsea. But I just see them turning things around with the new transfers a little too late as they will struggle to find their form under the new manager and possibly end up in the EFL Championship next year.

After Villa lost its star player to Man City many people have lost hope for Villa within the Premier League. With my final and possibly mildest bold prediction, I see Aston Villa landing in the top seven spots at the end of the year guaranteeing a spot in the Europa tournament the next year.

First of all, Villa replaced Grealish with Leon Bailey from Bayer Leverkusen which is as good as you could do. Bailey is an amazing addition that will go alongside other transfer intakes like Norwich’s star Emiliano Buendía and especially forward Danny Ings. These three players will come together to be one of the best attacking sides in the league one day under the careful watch of Dean Smith. Dean will do a great job of facilitating their chemistry and getting them to top form as quickly as possible.

It definitely helps that they have one of the best goalkeepers in front of the goal with Emiliano Martínez. As well as bringing in some older veterans like Ashley Young during the transfer period to help build the solid foundation of depth that is needed for the extra tournaments. This year’s Villa team is even better than before and my expectations are sky-high!