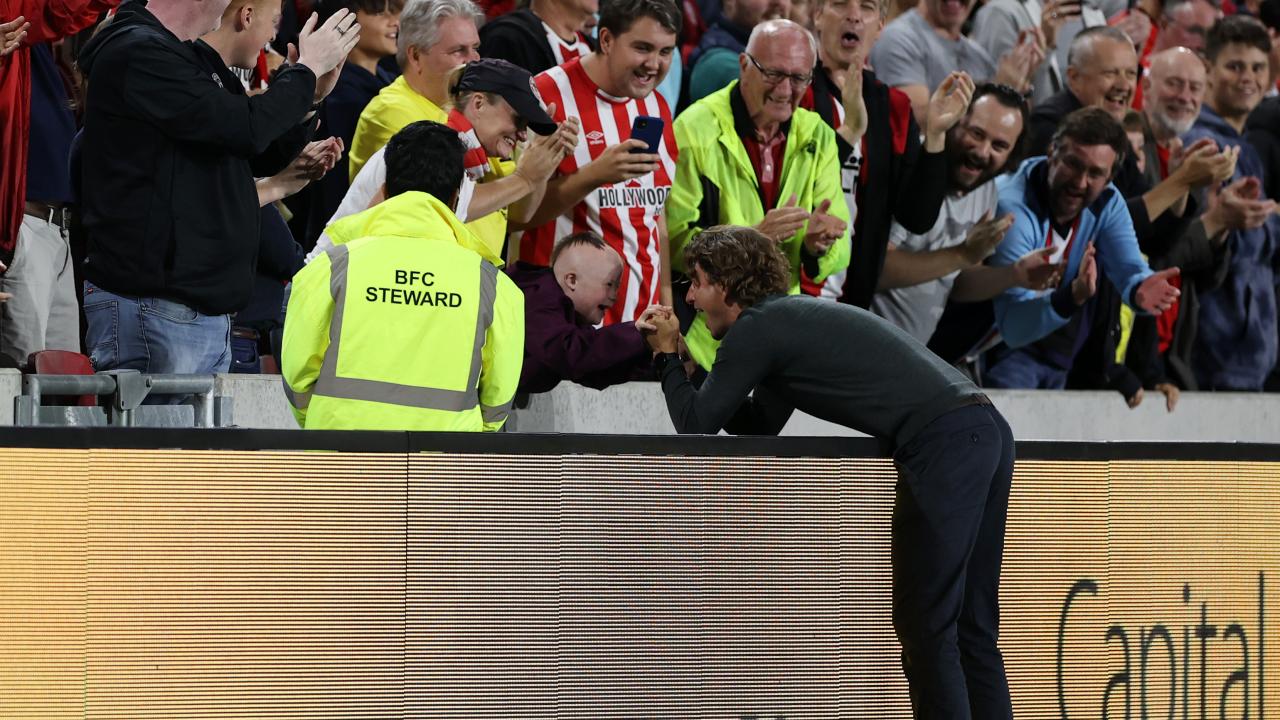 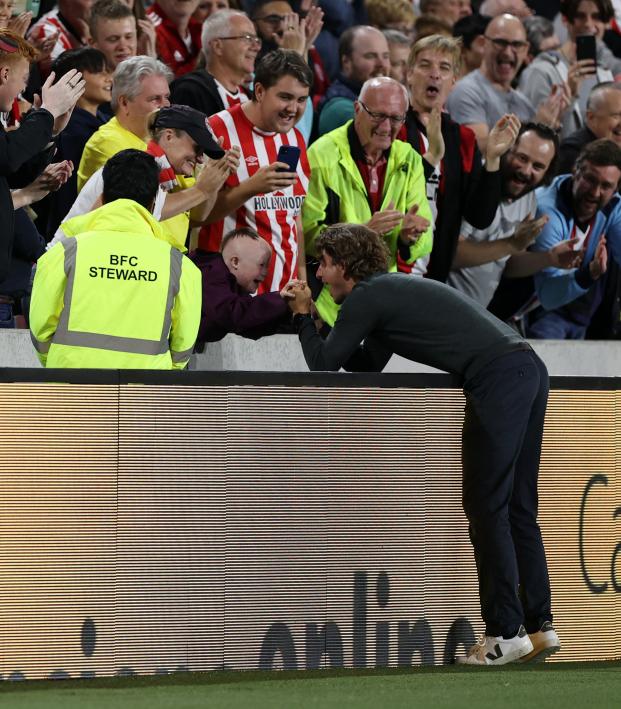 Opening Weekend Highlights Unmatched Connection Between Football And Its Fans

The most powerful sporting moments aren't always during gameplay or even on the field at all — there are moments that are bigger than the sport itself.

Soccer has always been larger than the physical game played on the pitch; it's a way of life, an escape for supporters all over the world to come together and be a part of something bigger than themselves. If you aren't a part of it you wouldn't understand, but being a hardcore fan comes with elevating highs and deep lows. Your daily emotions rely heavily on how it's all going.

Through the opening weekend of fixtures in the Premier League, Ligue 1 and LaLiga, there were plenty of fan interactions that will melt your heart. Fans give their heart and soul to the club, so when a player or team goes out of its way to show appreciation, you just can't beat those special moments.

Newly promoted Brentford made history last Friday with its very first EPL victory coming against Arsenal. If that wasn't special enough, there were just as many great moments off the pitch as well.

Many people wait something like a decade to see their club succeed. That definitely makes you a very patient person. But imagine waiting SEVEN decades to see your club win once in the top-tier! This 74-year-old man was in tears watching his club finally do exactly that.

A Brentford fan is in tears at full-time after winning their first top-flight game for 74 years pic.twitter.com/FE6yv9t2Z1

The raw emotion from the supporter as he sits in awe of the victory just illuminates how dedicated fans can be to their squads. The Brentford fan's eyes were probably left dry for his wedding and the birth of his children, but he knows when something is important, like your club earning its very first EPL victory. Not many people can relate to this feeling, proving why sports are so much bigger than the game.

The Brentford Cinderella story continued with one of the most heartwarming stories of the week. Meet Woody, an eight-year-old boy who is a very important Bees fan. He was born with Down syndrome and is nonverbal, but you couldn't find a bigger Brentford fan in the world.

He waited a long time to watch his team play... and it was certainly worth the wait!

After the upset of Arsenal, Brentford manager Thomas Frank shared a beautiful moment with the young fan. As the manager was heading off the pitch accompanied by the cheers of the happy fans, Frank shared a very special moment with Woody. He ran up to Woody, who was sitting in the front row, and embraced him.

Incredible moment: Brentford returned to top flight for first time in 75 years and saw their tiny team shock Arsenal. This was wondrous scene at final whistle as manager Thomas Frank celebrated with a young supporter. Reminder that Football without fans is nothing pic.twitter.com/zOILlUntDm

That moment will surely be remembered by both Woody and most soccer fans, as the scene was extremely powerful with both the manager and the young boy grinning from ear to ear.

Now imagine your favorite player in the world is on the pitch and you're watching from the stands. That's a surreal moment in itself that not all fans get to experience.

But now imagine that after the match, your favorite player climbs into the stands just to gift you the kit off his back. Is there anywhere to go from there, isn't that peak living? Well, one lucky Borussia Dortmund fan realized his potential as a human when Erling Haaland delivered him his kit right after the DFL-Supercup.

I don't know what they are teaching their youngsters at Borussia Dortmund, but they are doing an excellent job. Haaland is only 21 and already knows the impact he can have on people's lives. The same thing goes for his teammate Jude Bellingham, who is just a teenager at 18 but still showed great class after the loss. Bellingham looked through the audience of support and found a special fan to gift his match-worn kit to. He walked up and handed his kit to a disabled gentleman in a wheelchair.

The reason we play. Wasn’t our day but many more games to come. https://t.co/c8zwdYbH7a

The reaction from the fan shows what sports are really about — his smile kept growing and growing as he celebrated with his friend.

It's just so amazing that such small efforts can go so far within the world of sports.

Athletes are held to such high standards, but as many heartwarming moments as there are within sports, there are always some bad moments as well. But if we choose to focus on the moments that are positive and heartwarming, maybe we'll see more and more.

Here we find another great interaction, this time the fans showing up for a player.

Tottenham's Japhet Tanganga played a massive role in his club's 1-0 win over Manchester City, and fans were delighted with the performance of the Hackney-born defender who came through the Spurs youth system.

The 22-year-old was taken off in the 83rd-minute to a standing ovation and chants of "he's one of our own."