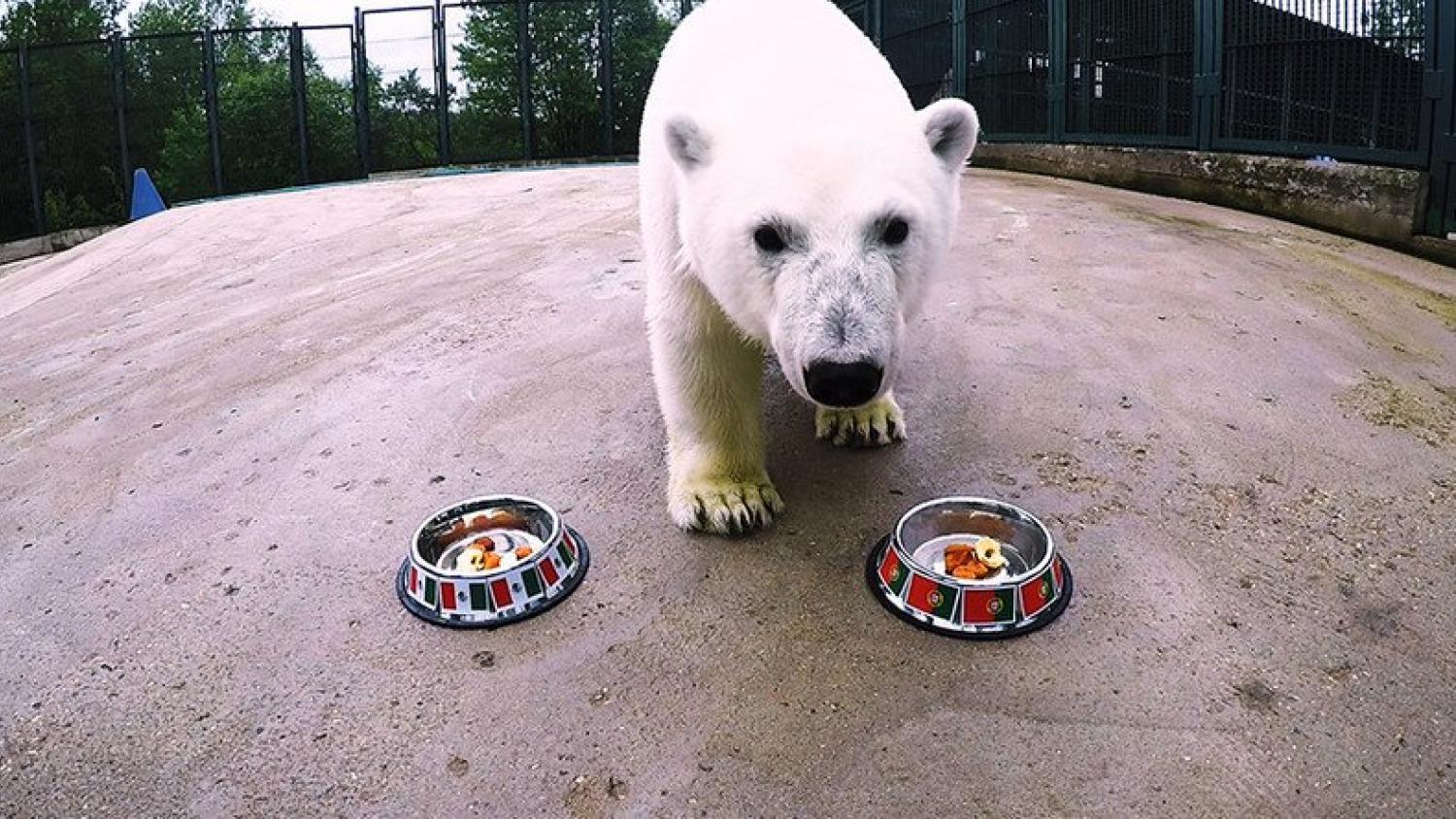 Nika, a polar bear at a Russian zoo, has drawn comparisons to Paul the octopus, the German octopus that predicted Germany's matches at the 2010 World Cup in South Africa, by predicting the winners of matches at the Confederations Cup. I feel very comfortable saying this is the first time a polar bear has ever drawn comparisons to an octopus. Here's a video about how Nika goes about doing football punditry:

Well isn't that just great. Leave it to the Russians to find a cuddly football-predicting animal that will also rip your face off if given the slightest chance.

How's Nika's prediction record, you ask? Well, it's hard to say, but one thing seems certain: Nika is smarter than the average bea—(is dragged off and thrown in jail by the bad joke police).