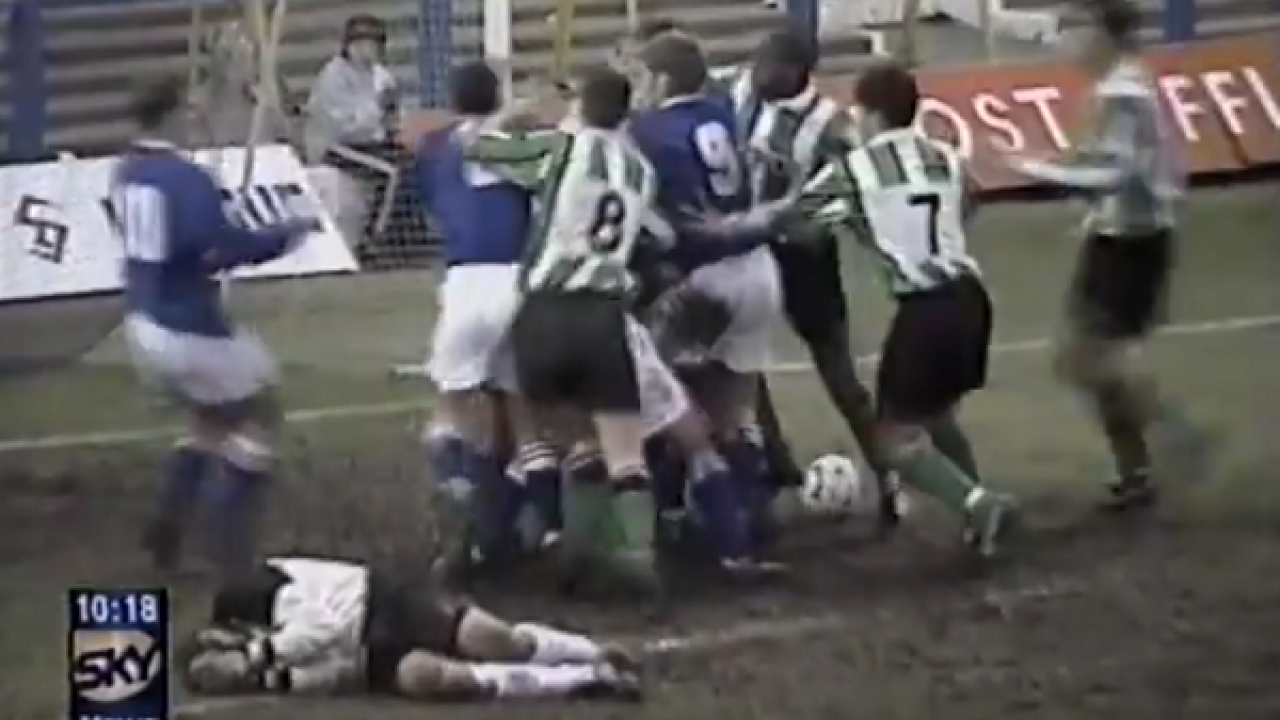 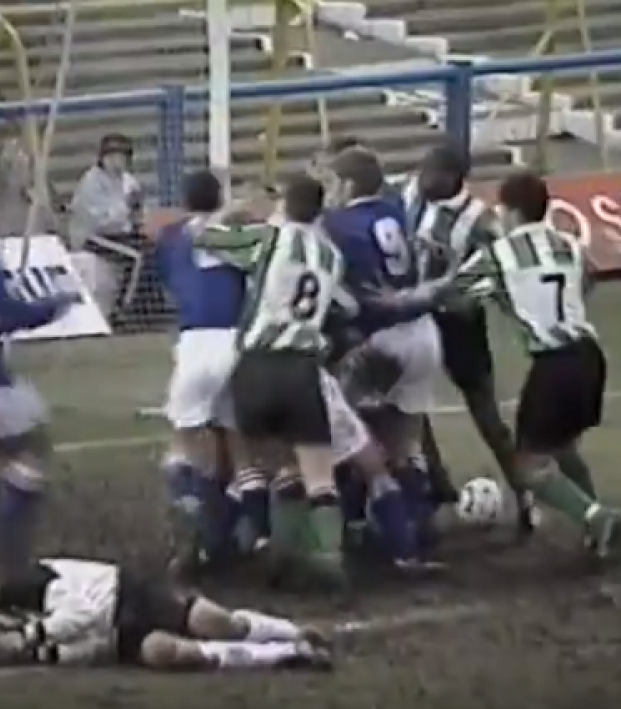 The 1996-97 season marked the 125th year of football at Chesterfield's historic Saltergate Recreation Ground, but never in its history had the stands been witness to the type of events that took place on the afternoon of February 22, 1997.

A week earlier, Chesterfield had defeated Premier League club Nottingham Forest at Saltergate to advance to the FA Cup quarterfinals for the first time in club history, and the Spireites looked to continue that good form as they pushed for promotion.

Saltergate was home to Chesterfield until 2010. It was a modest venue that when these pics were taken in the mid-90s was mostly made up of terracing. Around the turn of the millennium the west side was seated and the end terraces were re-laid. The site is now covered by housing. pic.twitter.com/4A3v4mdcZI

Chesterfield welcomed Plymouth Argyle in a League One contest that was just as important for the visitors, as Plymouth was teetering on the edge of the relegation zone.

The match was strongly contested from the start; Plymouth midfielder Ronnie Mauge was sent off in the 36th minute for a dangerous two-footed tackle but it was 10-man Argyle that held a 2-1 advantage as the match headed toward injury time.

Chesterfield pushed for an equalizer, and it was during a corner kick in the 88th minute that, as they would say, "it all kicked off."

"It's the first time in my career I've had to deal with anything like that, and it was quite frightening," referee Richard Poulain said after the match. "The two No 6s [Carr and James] were having a boxing match in the net and the two No 8s [Davies and Logan] were exchanging blows outside the area."

All four players mentioned by Poulain were sent off, and the match total of five red cards set a Football League record.

"I thought the ref did well in difficult circumstances and I wouldn't argue with any of the decisions," Plymouth boss Mick Jones remarked.

To make matters worse, 20 Chesterfield fans invaded the pitch and attempted to join the melee themselves. Thankfully they were restrained by stewards before they could contribute to the violence.

The fracas featured a couple of recognizable names. Veteran Plymouth goalkeeper Bruce Grobbelaar, the recipient of the elbow that began the brawl, is famous for his time at Liverpool in the 1980s. The South African won six First Division titles with the Reds and saved two penalties in Liverpool's shootout victory over Roma in the 1984 European Cup Final — a match famous for Grobbelaar's tactic of wobbling his legs to distract the Roma penalty taker.

Grobbelaar also happened to be in the midst of a highly-publicized match-fixing trial (possible motivation for the elbow?) which stretched on for three years and eventually resulted in charges being dropped.

A young Kevin Davies was also involved in the fisticuffs. The Chesterfield striker was only 19 at the time, and it would be another six-and-a-half years until he rose to fame under Sam Allardyce in the Premier League. Davies was a physical player that was intimately familiar with the art of the foul, and it was his right fist that nearly ended a man:

Wonder how a 19-year-old Kevin Davies' career would have panned out if he had, in fact, decapitated Richard Logan that day. pic.twitter.com/69X9nPj0A9

"Sport is an unfailing cause of ill-will," George Orwell wrote in his essay The Sporting Spirit. "As soon as the question of prestige arises, as soon as you feel that you and some larger unit will be disgraced if you lose, the most savage combative instincts are aroused. Sport is frankly mimic warfare ... You play to win, and the game has little meaning unless you do your utmost to win."

Orwell was referring to English-Soviet relations following World War II, but his words are relevant to a tussle between a pair of Football League clubs on any given matchday.

Long live the football brawl; and may that passion never leave the game.