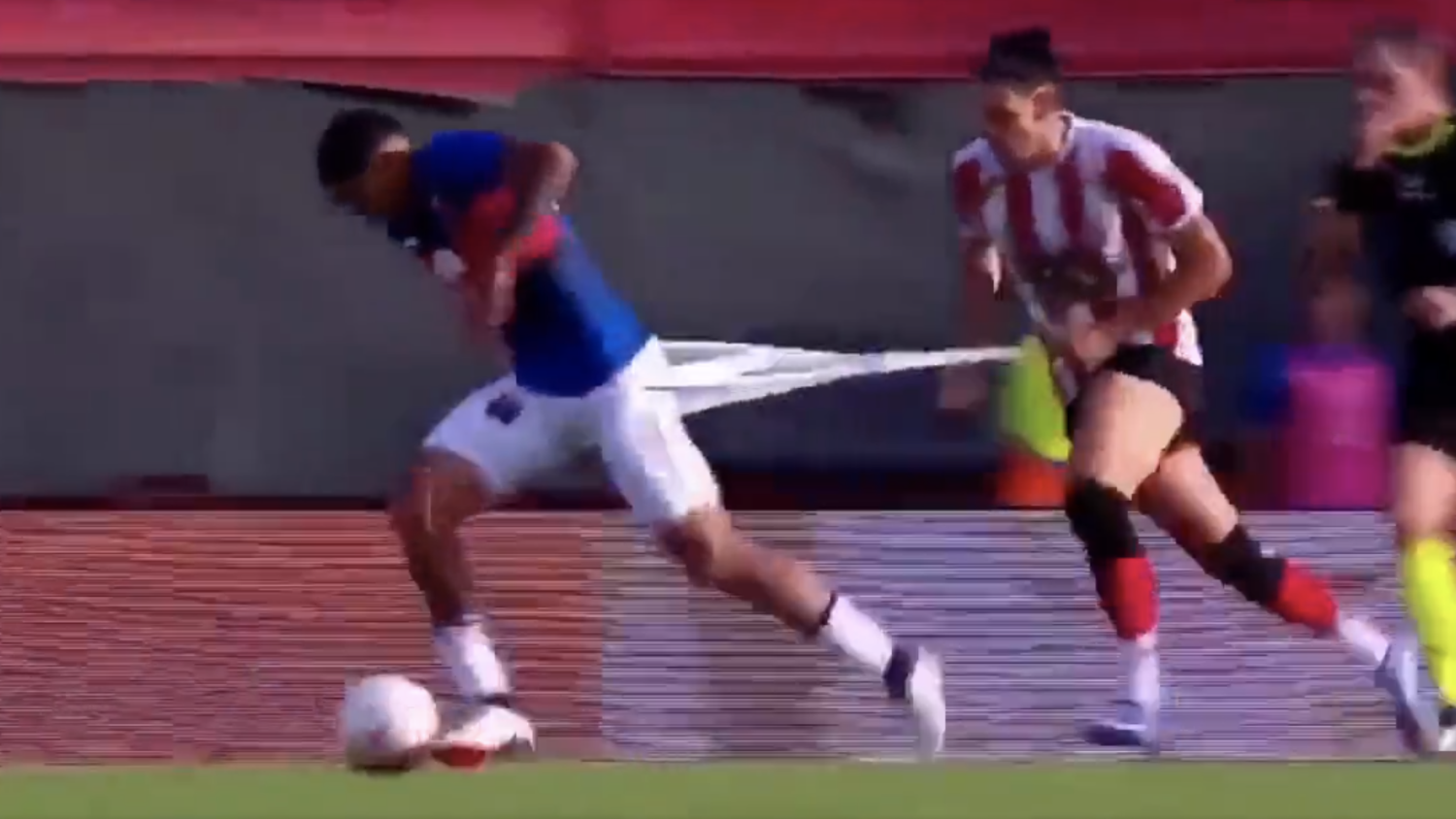 Thankfully a spare pair of shorts was ready to go.
The18

An Argentine player showed the world a new way to stop a counterattack on Monday during a Primera División game when he tore the shorts off his opponent. During a game between Barracas Central and Tigre, Juan Vázquez took matters (and the other player’s shorts) into his own hands.

With his team trailing 1-0, Vázquez couldn’t allow Tigre’s Ezequiel Fernández to escape on a counterattack. Here’s how he stopped him.

Welp that sure is one way to stop a counterattack. pic.twitter.com/LhyuQ2r1Lk

Credit must be given to the Tigre coaching staff for having an extra pair of shorts on hand almost immediately. You would think that Vázquez was a repeat short-ripping offender with how quickly they had a spare ready to go.

Tearing off an opponent’s pants didn’t result in Vázquez’s side getting the upper hand as Tigre won the game 2-0. The highlight from Monday’s clash were highly entertaining and I would highly recommend watching.