Alphonso Davies roasts a man while cooking up a delicious assist 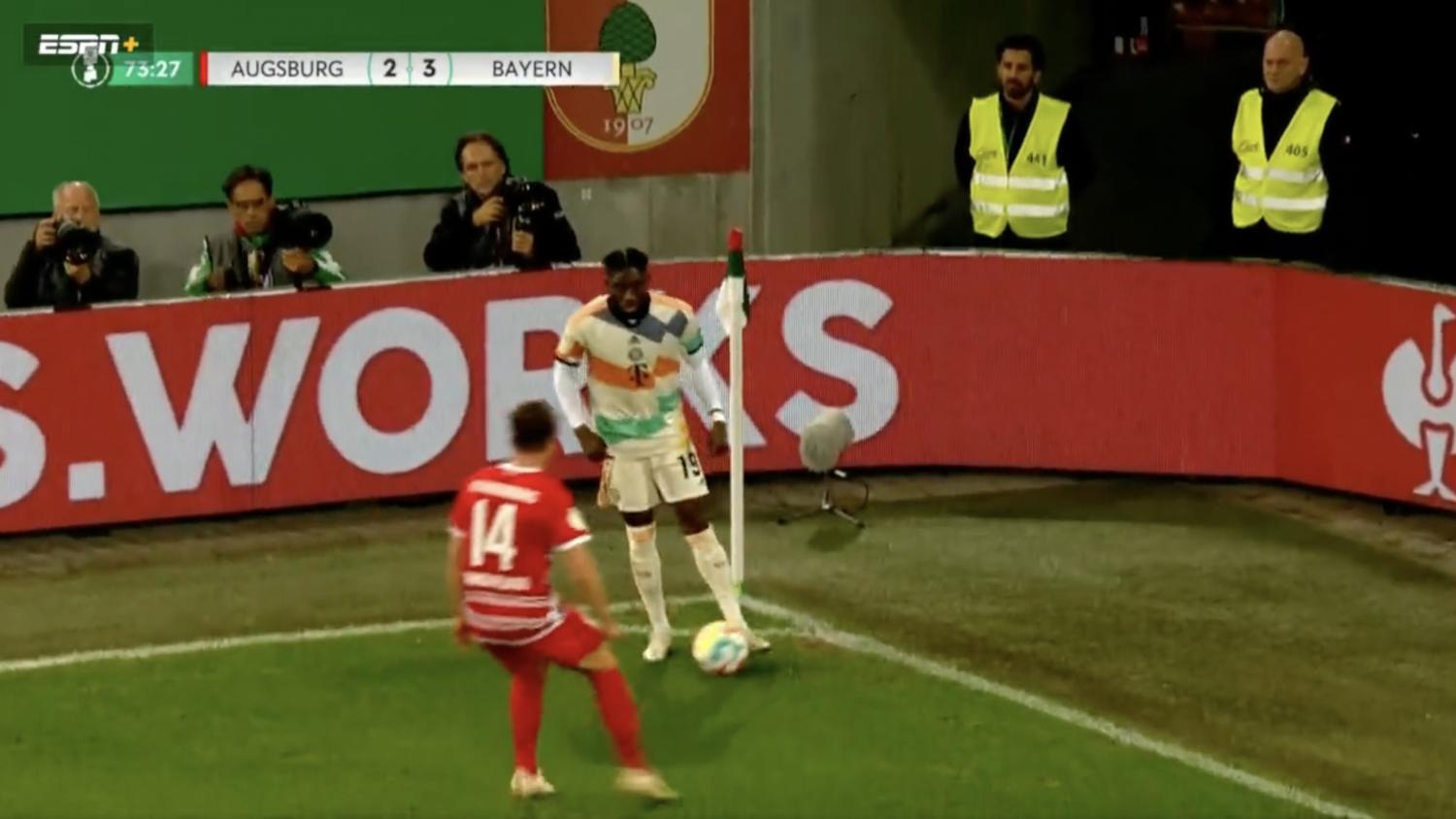 A GoFundMe should be started for Julian Baumgartlinger's family.
The18

If you're having trouble visualizing what Canada's Alphonso Davies is about to do to the old man legs of Belgium and Croatia in World Cup Group F, Wednesday's DFB-Pokal match between Bayern Munich and Augsburg offered the perfect illustration.

Augsburg took an early lead at its home ground but Bayern struck back through an Eric Maxim Choupo-Moting brace and one from Joshua Kimmich to go up 3-1 with 30 minutes still to play. A Dayot Upamecano own goal gave Augsburg hope at 3-2, but it's the hope that kills you.

In the 74th, Bayern restored its two-goal advantage in the most brutal way possible.

A long ball forward to Davies in the channel was ushered toward the corner flag by Augsburg, but that's where the 21-year-old Canadian took possession and squared up 34-year-old Austrian international Julian Baumgartlinger.

You don't want to be around Baumgartlinger's age, or the average age of the Belgium and Croatia squads, and find yourself one-on-one with Alphonso Davies. You better have your last will and testament established because now it's time to be survived by your wife and kids.

Davies set Jamal Musiala up for this one, one day after telling the world that the German teenager was robbed of the Kopa Trophy. Now he's working to get him the Ballon d'Or.

They may have denied you of your Kopa Trophy, but they won’t deny you of your future Ballon d’Or #GoldenBoy pic.twitter.com/8YQXkWuVzw

Davies would add a goal of his own in second-half stoppage time to complete Bayern's 5-2 win.

That can't have been a fun night for Augsburg. Ricardo Pepi is probably pretty happy that instead of failing to score in games like this, he gets to run amok in the Netherlands.