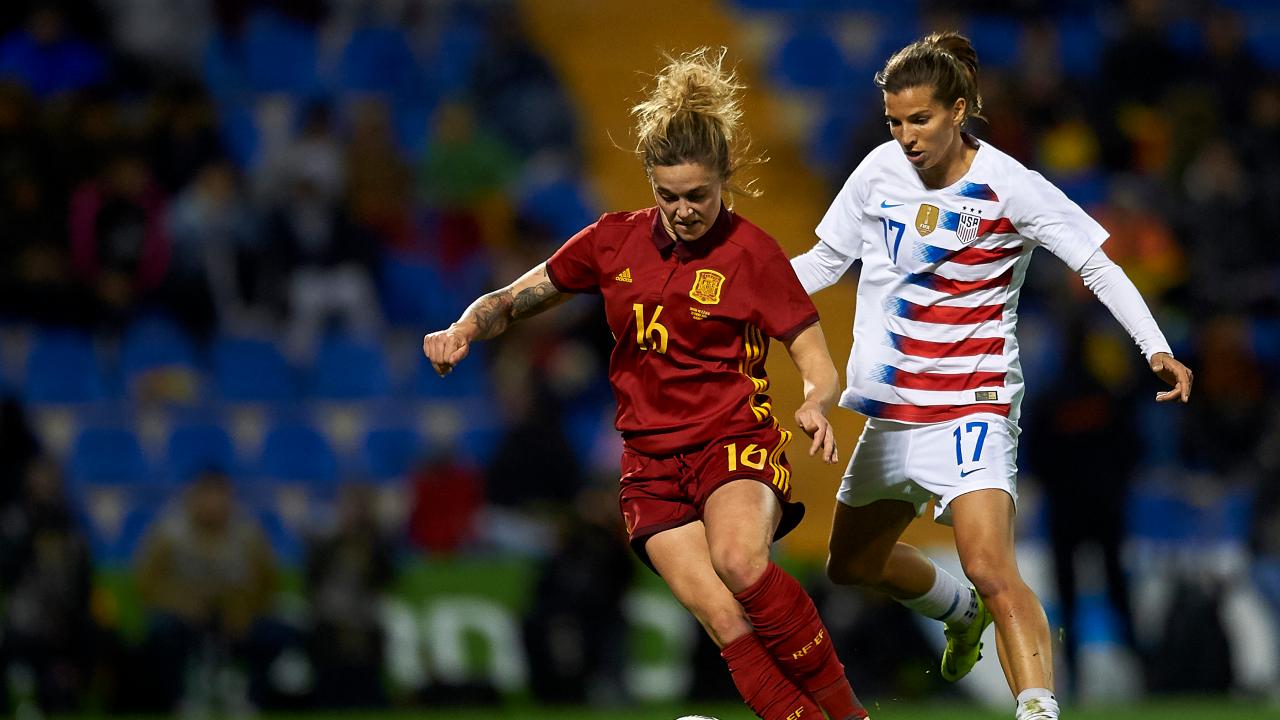 On the pitch, Germany captain Alexandra Popp has done it all. The 28-year-old striker is a five-time Bundesliga champion with Wolfsburg, a three-time Champions League winner and an Olympic gold medalist with her national team. The two-time German Footballer of the Year has always stood apart, be it her time spent at an elite school of football in Gelsenkirchen on a special permit as the facility’s sole female pupil to her training with junior players at men’s side Schalke 04. Obviously Popp isn’t afraid to step into difficult situations. And that mentality served her perfectly while completing a three-year apprenticeship to become a zookeeper in Germany. Popp says she doesn’t have a favorite animal, but she values the connections you can form with kangaroos, raccoons and donkeys. She likes to relax and unwind at the zoo during her off-time, and she sees her own role as captain mirrored in the animal kingdom.  “Wolves are important. It’s a group,” Popp says. They’re always in a pack to care for each other. It’s like a team, and this is what fascinated me.”

Take a look at China’s squad for the World Cup and you’ll see a roster dominated by players that ply their trade in the Chinese Women’s Super League, with one exception: 24-year-old midfielder Wang Shuang. Last August, Wang transferred to Paris Saint-Germain on a two-year contract, becoming the first Chinese player to join PSG. She’s since become one of the top providers in France's Division 1 Féminine, staying true to her “Lady Messi” nickname. USWNT fans might recall Wang for her game-winning goal during a friendly in New Orleans back in 2015, a strike that brought a halt to America's 104-game unbeaten streak on U.S. soil. With a year in France under her belt, Wang believes that her own experience in Paris and her familiarity with European opponents will prove invaluable to her nation. After an injury limited her to a substitute’s role at the 2015 World Cup, Wang is ready to showcase her talent to the world.

At the age of 22, Mapi Leon entered the history books when Barcelona prized her away from Atletico Madrid for $56,000, making Mapi the first paid transfer in the history of Spanish women’s football. In her first season, Barcelona celebrated a Queen’s Cup triumph and the club subsequently made its first-ever appearance in the Champions League final this campaign. Mapi immediately catches the eye with her defensive ability, but also because of her love for tattoos, including one across her throat that says ‘looks can be deceiving.’ Mapi doesn’t go anywhere without a sketchbook, and teammates frequently ask her to do sketches for tattoos, an occupation that she’d like to dedicate herself to in the future. Her first tattoo was done at the age of 17, and she put it on her foot so that her parents couldn’t see it and get mad. If Spain wins the World Cup, she plans on getting a silhouette of the country with the date inside.

South Africa captain Janine van Wyk is a trailblazer for the women’s game in her native country. The 2019 World Cup will mark the debut of the Banyana Banyana on the world’s biggest stage, and with over 150 caps and nearly 15 years of international experience to her name, no one has played a bigger role in making that happen than Van Wyk. She’s overcome a myriad of obstacles to arrive in France. Growing up, there was a total absence of girls’ teams or even girls who played soccer in Johannesburg, so Van Wyk played informally with boys until the age of 14 before traveling to rural South Africa to play on an all-girls team, becoming the first white girl to ever play on that team. As well as challenging gender and racial norms, Van Wyk came out at the age of 15. The dangers that the LGBTQ community faces in South Africa was made apparent when one of her teammates was murdered by her male friends because she was lesbian. But it’s the challenges she faced in South Africa that Van Wyk credits for making her the person she is today, and the former Houston Dash defender is ready to inspire a new generation of South African women to feel comfortable and free in doing what they love.