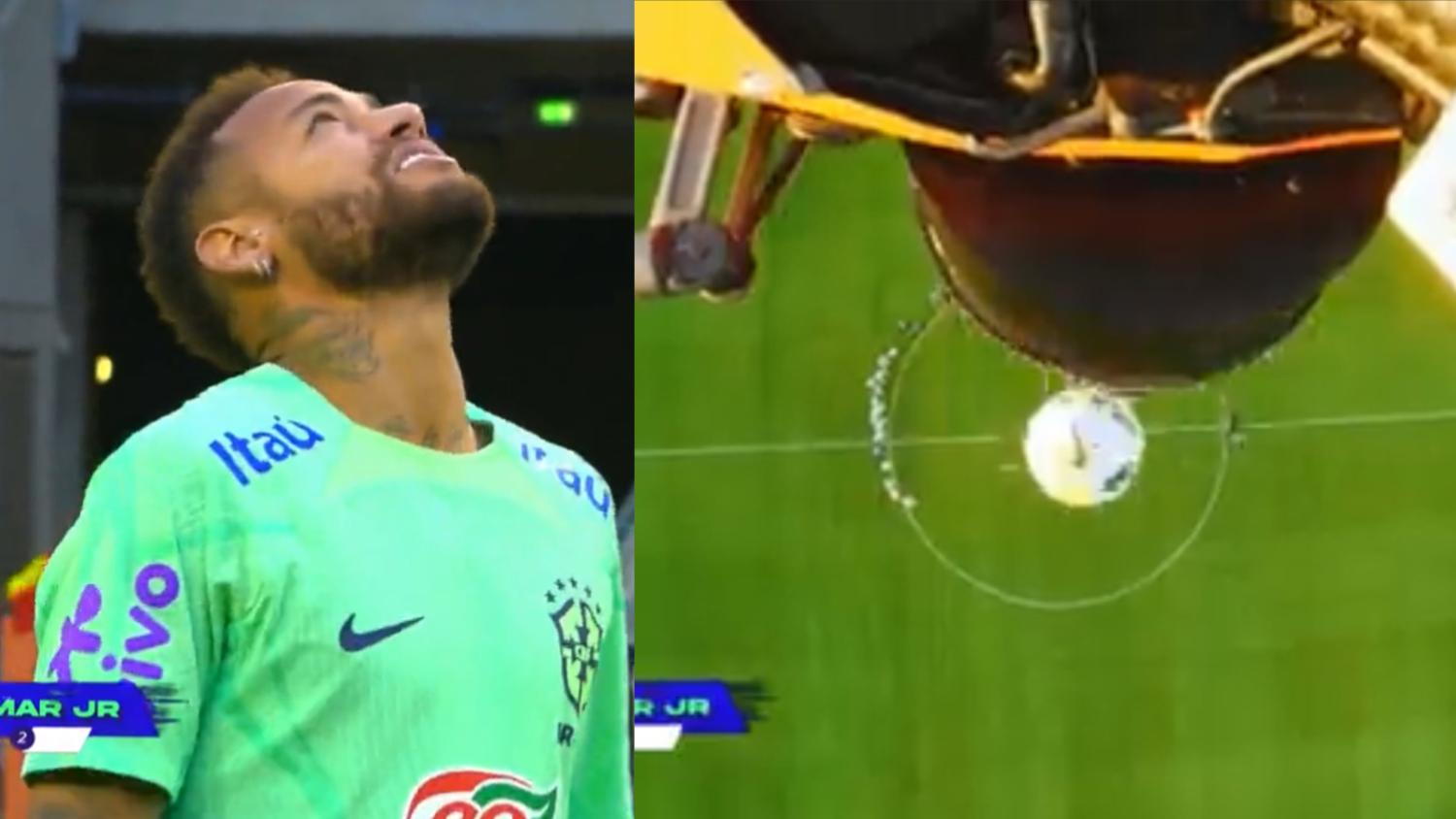 How do you say "jogo bonito" in Arabic?
@domingao | Twitter

Brazil is getting ready to take the world by storm this winter in Qatar and they’re doing so in the most Brazilian way possible: by having fun.

The national team players participated in a number of segments on "Domingão com Huck" ("Sunday with Huck") — a popular show hosted by Luciano Huck — that dedicated short profiles on the players that made up the World Cup squad.

Quite some characters in this Brazil squad.

As part of the episode, Huck took to the pitch and tested the skills of Brazil's No. 10 by challenging him to do the impossible.

Neymar had to defy the laws of the game and successfully (and aesthetically) control a ball coming down from over 100 feet in just two attempts.

Neymar is not your average footballer! Look how everyone struggles and he just steps up like it’s nothing! Impressive pic.twitter.com/XLrhfKFI6M

Now, considering Neymar is the oldest jogo bonito enthusiast in this squad, we’re hopeful that the 30-year-old is able to ignite his teammates to give us silky moments of showboating and a magical collective play style — a style that characterized Brazilian World Cup squads in the past — in Qatar.

By the looks of it, we're in for a treat.