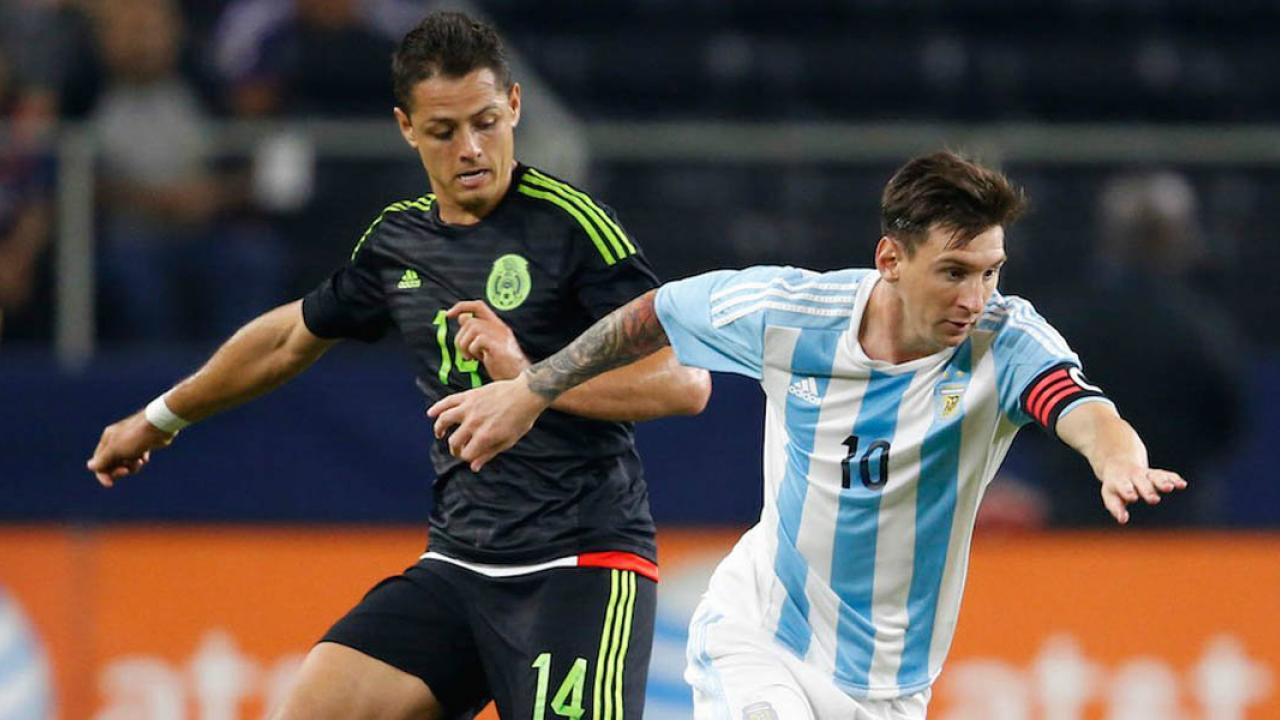 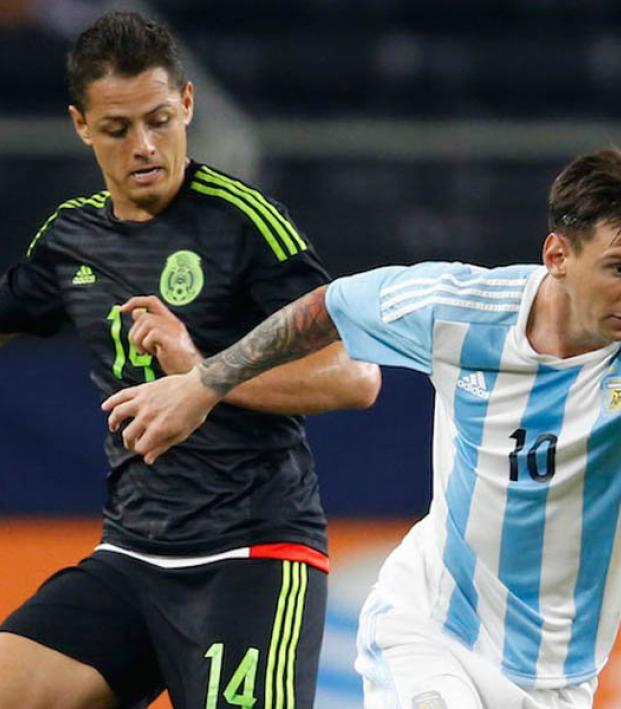 Watch What Happens When Chicharito And Messi Go Head-To-Head

Javier “Chicharito” Hernández and Lionel Messi are both international soccer stars and the all time top scorers for their respective national teams. But how do the two stars compare when we take a direct look at Chicharito vs Messi? Here's an overview of their career stats and highlights from the handful of times they have played head-to-head. 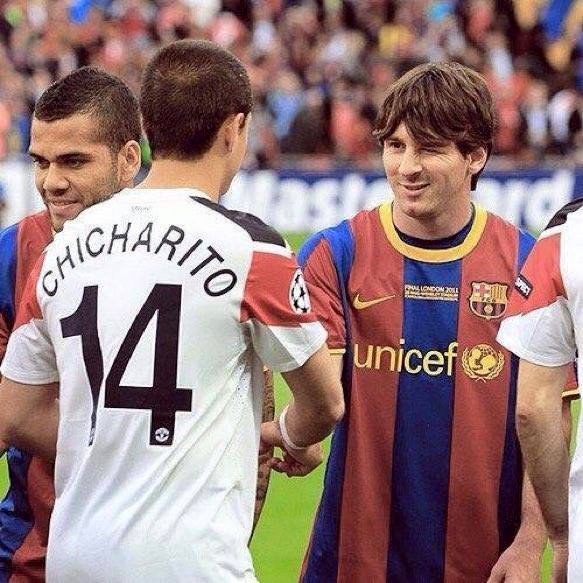 Chicharito once said, "Lionel Messi is the greatest footballer I have ever met." (Photo: Twitter)

Here's a glance at key stats for each player as of the time of this writing:

In 96 games playing for Mexico, Chicharito has scored 48 goals while in 118 games Messi has scored 58 goals for La Albiceleste. Their rate of production for their respective national teams is almost identical at ~0.5 goals per game.. 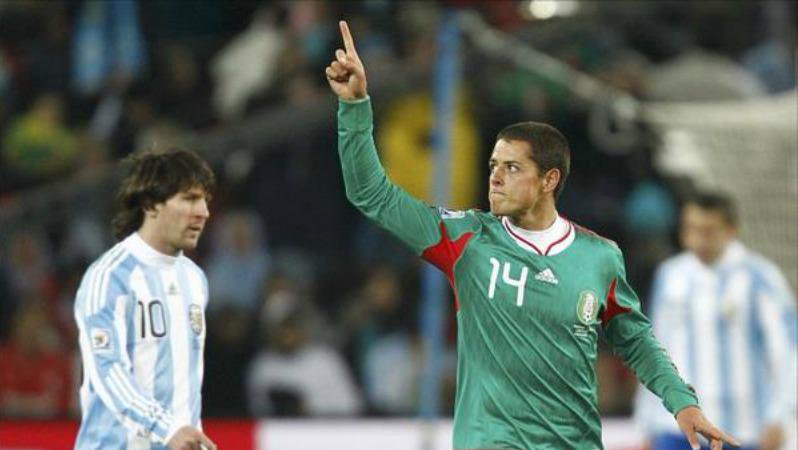 When it comes to league play, Chicharito has played for some of the most important soccer clubs in the world. After beginning his career with Guadalajara, Chicharito moved to Manchester United, Real Madrid, Bayer Leverkusen and now West Ham.

So far in his career, Hernández has won one Liga MX, two Premier League titles, one FA Community Shield and one FIFA Club World Cup. 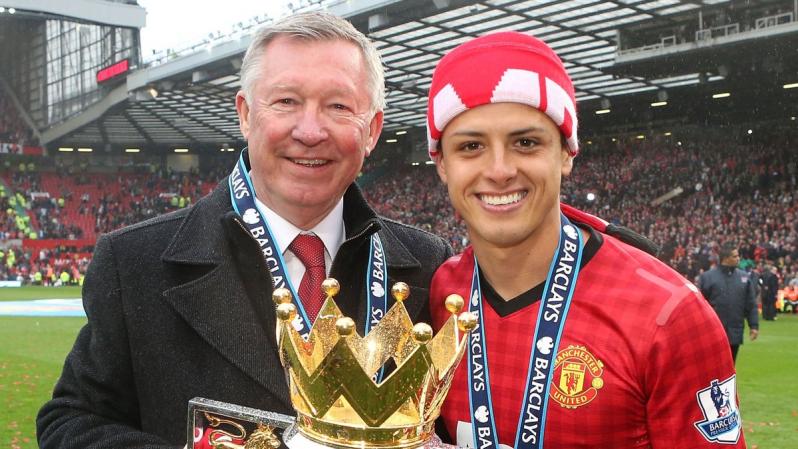 On the other hand, Messi belongs to the rare breed of players who have only played for one club at the senior level. In his case, that club is Catalonian powerhouse FC Barcelona. 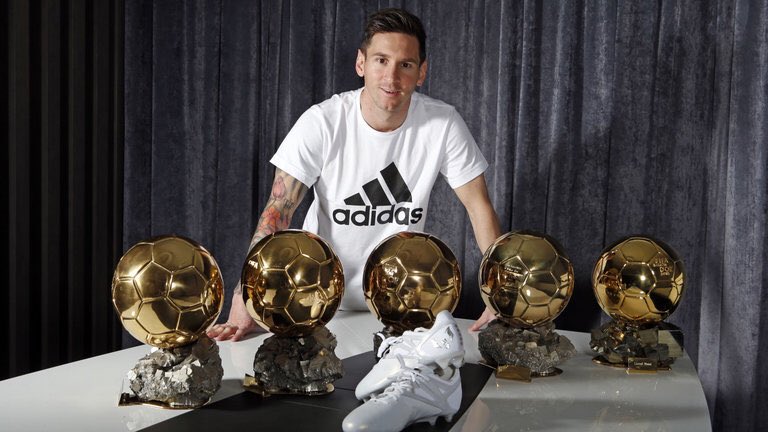 A quick comparison of appearances versus goals at the club level shows that Messi has been almost twice as productive, scoring 0.9 goals per game versus 0.4 club goals per game for Chicharito.

Chicharito and Messi have played against each other on several occasions. As one example, the two met during the 2010 World Cup round-of-sixteen match when Argentina faced Mexico.

In that game, Chicharito scored the only goal for Mexico in the 3-1 defeat against Messi’s Argentina.

Chicharito scored two goals in that World Cup, while Messi scored none and was sent out of the tournament by Germany in the quarter-finals.

A latter clash between the two legends happened in 2011 during the Champions League final played at Wembley. One more time, the Argentinian would come out on top of the Mexican as Barcelona beat Manchester United 3-1. That night, La Pulga scored a magnificent goal with a shot from outside the box. Even though Chicharito played that night, he failed to make the difference for his team.

A later clash between Hernández and Messi took place when Bayer Leverkusen faced Barcelona in the 2015-2016 UCL. That night, the game finished with a score of 1-1. Chicharito and Messi both scored goals.

In 2015, Mexico faced Argentina in an international friendly match. Chicharito scored a penalty kick in the 18th minute and, after Héctor Herrera doubled Mexico’s lead to 2-0 in the 69th minute, it looked as if Hernández finally would beat Messi.

However, in the 84th minute Mexico goalkeeper Moisés Muñoz made an unbelievable mistake that let “Kun” Agüero score the first goal for Argentina. Only a few minutes later, Messi would score the second goal that would seal the 2-2. Once more, Chicharito failed to beat La Pulga.

Undeniably, Messi is one of the greatest players ever to set foot on a football field. Chicharito is certainly a natural born striker that can score in just about any way imaginable.

They have very different characteristics and playing styles. We have been lucky to see them face each other a handful of times.

Can you imagine what would happen if we were so lucky as to watch ’The Little Pea’ and La Pulga play on the same side?